Showing off a grenade in a coffee shop, one dead

In a coffee shop, a man named Moel took a grenade from his pocket to toss in his hand, but the grenade fell to the ground and exploded. A 9th grade student sitting close to Moel was killed and four others were injured.

VietNamNet Bridge – In a coffee shop, a man named Moel took a grenade from his pocket to toss in his hand, but the grenade fell to the ground and exploded. A 9th grade student sitting close to Moel was killed and four others were injured. 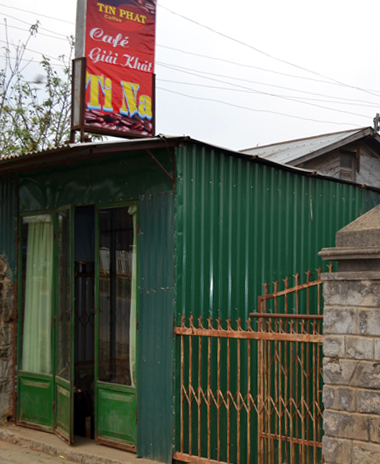 The coffee shop where the grenade exploded.


At 22h30 on March 9, the Ti Na cafes in Lac Duong Town, the Central Highlands province of Lam Dong had only the shop owner Ms. Pang Tinh Jot Ru and five customers, including Ma Bla Moel, 21, and Pang Ting Quyn, 15, a 9th grader of the Lac Duong Boarding High School.

Moel took a grenade out of his pocket to show it off to others. While just passing it from one hand to the other, Moel suddenly dropped the grenade and it exploded.

Quyn was dead on the spot while Moel lost his right hand and the fingers on his left hand were crushed and three others were injured.

The café owner sat far from Moel so she just had a buzzing in her ears. The cafe wall, made of cast iron, had some spots.

The victims were taken to the emergency room immediately.

The authorities are investigating the source of the grenade and clarify the cause of the explosion.