The Ministry of Culture, Sports and Tourism  has instructed to not licence six overseas Vietnamese singers who participated in the latest DVD produced by the US-based Asia Music Center to perform in Vietnam.

VietNamNet Bridge – The Ministry of Culture, Sports and Tourism (MoCST) has officially instructed to not licence six overseas Vietnamese singers who participated in the latest DVD produced by the US-based Asia Music Center to perform in Vietnam.

Many overseas Vietnamese artists may be banned from local stage 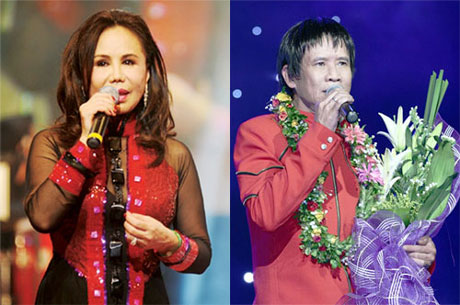 The Ministry has also asked the Departments of Culture, Sports and Tourism of all provinces to confiscate the latest DVDs of Asia Music Center, which is said to offend Vietnam’s images.

Deputy Director of the HCM City Department of Culture, Sports and Tourism, Mr Vo Trong Nam, says that the Department has received the MoCST’s instruction and the individuals involve in spreading, trading or copying the above DVDs will be punished severely.

The Department is also coordinating with the police to verify the legal status of the two other singers who also performed in the show.

Previously, the HCM City Department of Culture, Sports and Tourism proposed the Performing Arts Department to not licence many overseas singers and artists like Thanh Tuyen, Quang Minh, Hong Dao, Tuan Vu, Manh Dinh, Gia Huy, Nguyen Hong Nhung, Lam Nhat Tien to perform in Vietnam for participating in the latest DVD of the Asia Music Center, which distorts and offends the image of Vietnam.

The Director of the Performing Arts Agency, Mr. Nguyen Dang Chuong, has affirmed that the Department is determined to not license the artists who participate in the shows affecting the reputation and honor of the State of Vietnam.