Small livestock farmers in Viet Nam are being robbed off due benefits to the tune of US$94 million a year, experts say.

Small livestock farmers in Viet Nam are being robbed off due benefits to the tune of US$94 million a year, experts say. 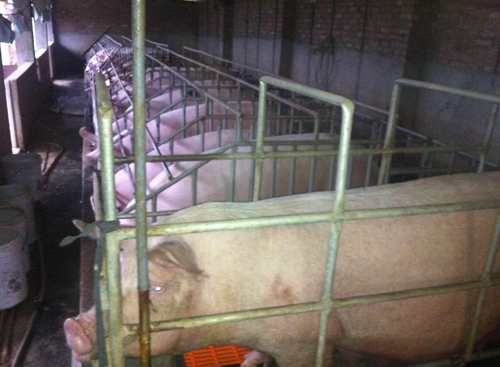 "Middlemen and large corporations are manipulating the market and stealing benefits that should belong to small scale farmers, and the Government must play a more active role to protect them," Luu Bich Ho from the Institute of Policy and Strategy for Agriculture and Rural Development (IPSARD) said at a recent conference held in Ha Noi.

Several others speakers at the conference titled "Livestock Industry Structure and Rights for Small-Scale Farmers" concurred with Ho.

Farmers were unable to negotiate prices for animal feed with suppliers and they could not get fair prices for their own produce because of middlemen, said Luong Hong Doan, a livestock farmer from the southern Dong Nai Province.

The livestock industry grew 2.5 times from 2000 to 2012, reaching a production value of about $10 billion, or 27 per cent of the country's agriculture sector, said Nguyen Van Giap, director of IPSARD.

But small farmers have not been the main beneficiaries of this growth, he said.

He noted that the industry has been undergoing under a transformation from small-scale farmers supplying livestock products to traditional markets to large-scale industrial farms forming linkages with supermarket chains for mass distribution.

But small scale livestock production still contributes up to 60 per cent of the total supply to the market, and farmers are finding it difficult to survive, let alone make a profit, Giap said.

He said farmers are losing about VND6,500 (30 cents) for every kilogram of pork sold in the market.

Meanwhile, middlemen were making VND3,000 (14 cents) and VND1,200 (5 cents) on every kilogram of pork and poultry, respectively, he added.

In spite of stable supply of raw materials, increase in domestic production and the removal of the 5% Value Added Tax recently, the price of animal feed has been increasing.

Being subject to volatile factors such as diseases and animal feed prices made livestock production a risky business for small farmers, and this would get worse after the Trans-Pacific Partnership (TPP) took effect, Giap said.

Regarding the TPP, experts and policymakers must study carefully the effect that large scale industrial livestock farms would have on the small livestock farmers, said Vo Tri Thanh, deputy head of the Central Institute for Economic Management.

Greater co-operation among small farmers was also needed in negotiating with middlemen and suppliers, said Dao The Anh, deputy head of the Field Crops Research Institute.

He said the Government should come up with policies to provide better access to funding as well as advanced technology in order to improve product quality and competitiveness, helping small farmers sustain their livelihood.

It also suggested that a network of authorised agencies be tasked with checking and controlling the quality of livestock products.