Voters from Gia Lai province have sent a petition to the State Bank of Vietnam (SBV), requesting that the agency encourage commercial banks to share difficulties with businesses by slashing interest rates by another 2 percent or more for clients affected by Covid-19. 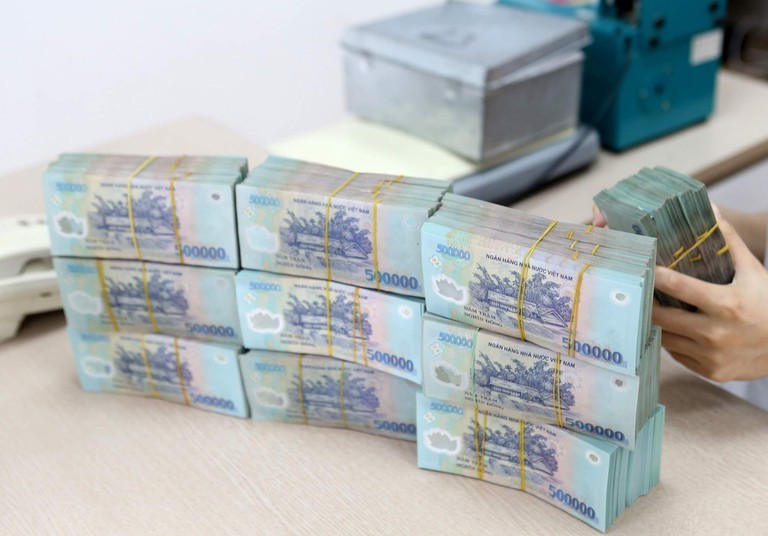 In fact, as per the request by the Prime Minister and SVB, many commercial banks have launched credit programs with preferential interest rate of 7 percent per annum.

However, SMEs complain they cannot access preferential loans. They still have to borrow money at interest rates of around 10 percent per annum. However, the decisions to cut interest rates have not had an impact on a large scale.

Enterprises, which have become weaker because of Covid-19, want to see the interest rate decrease to 4-5 percent for short term loans and 8-9 percent for long term loans.

SBV reported that the current common interest rates are 6-9 percent per annum for short term loans and 9-11 percent for long term loans. An interest rate of 5 percent is applied to some special business fields.

According to IMF, the average lending interest rate in Vietnam is 7.7 percent per annum, nearly the same as the Philippines (7.13 percent) and lower than some countries with the same development level in the region, including Indonesia and Mongolia.

Some experts predict that SBV may reduce the prime interest rates once again in the time to come to pave the way for commercial banks to slash the lending interest rates. However, the interest rate cuts won’t be as sharp as expected.

Analysts believe that the deposit interest rates won’t drop by more than one percent. Any sharper interest rate cuts would put pressure on banks’ liquidity, because depositors will withdraw their money from banks to use in other more profitable investment channels.

Facing difficulties in accessing bank loans, many enterprises have sought support from provincial credit guarantee funds, but this has not helped a lot.

To get the guarantee, borrowers have to have feasible business plans, and must not owe tax or have bad debts.

Analysts said that the funds have to examine business plans very carefully before providing a guarantee. Meanwhile, local budgets are limited to provide large amounts of money to the funds. As a result, very few businesses can get a guarantee.

Travel companies find it hard to get bank loans

Several travel companies admitted that although they are struggling due to the Covid-19 pandemic, it’s hard for them to secure bank loans because banks classify them as high-risk businesses.