Affordable homes still a dream for many Vietnamese workers

Only 28 per cent of industrial zone workers are provided with stable accommodation, while the rest have to rent houses with poor sanitation and infrastructure.

According to a nationwide report, by 2020, some 1.7 million industrial parks workers will have a need for housing. However, the country has been only able to build 100 social housing projects with 41,000 apartments for 330,000 workers.

The Government had tasked the Viet Nam General Confederation of Labour with implementing Decision No.655/QĐ-TTg by the Prime Minister on building trade union institutions in industrial and export processing zones with a focus on improving living conditions for workers and employees.

In recent years, the Government has allocated a package for what it calls social housing projects, valued at a total of VND30 trillion (US$1.3 billion), but the package has not been enough to meet the demand for affordable housing.

Provinces and cities across the country report that 226 social housing projects have been stopped or delayed.

In Bac Ninh Province, there are currently 152,000 workers, with 50 per cent in need of housing.

Also in the northern province of Quang Ninh, the Vietnam National Coal and Mineral Industries Group has built 5,000 apartments, providing accommodation for more than 17,000 workers. However, that only meets 12 per cent of the demand.

HCM City in the south estimated that it will be home to around 400,000 workers at three industrial parks by 2020, requiring some 280,000 apartments. However, the city currently has 40,000 homes for that purpose.

Vu Van Phan, deputy director of the Housing and Real Estate Market Management Agency under the Ministry of Construction, said policies have failed to encourage the private sector to invest in housing developments for workers, making investors less interested in social housing projects.

Besides, in many cities and provinces, leaders had not properly followed a regulation to reserve 20 per cent of the land area used for commercial housing to build social housing. This leads to a lack of land when it comes to the demand for social housing projects, Phan said.

He said urgent policies and incentives are needed to encourage enterprises to develop social housing, including cutting red tape for land clearance and administrative procedures, and allocating State funds to cover the interest rate for commercial banks to provide loans (with preferential interest rates) for social housing developers. — VNS

To address the shortage of low-income housing, Prime Minister Nguyen Xuan Phuc has told the Ministry of Construction to review the use and planning of urban land available for social housing nationwide and submit the results to him by September.

The Ministry of Construction has asked cities and provinces throughout the country to make reports on land available for social housing projects. 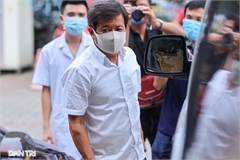 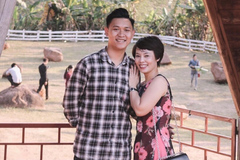 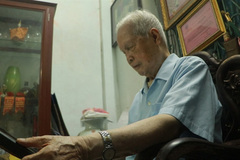 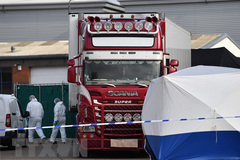