Border soldiers in the central province of Quang Nam are living in difficult conditions while doing Covid-19 prevention work. 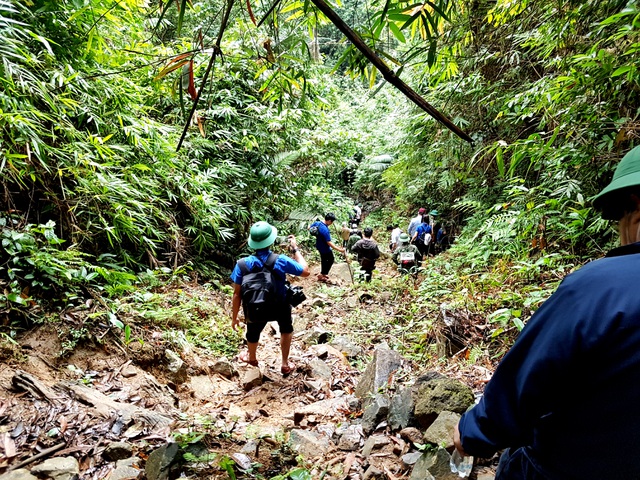 Quang Nam Province has the Nam Giang Border Gate with Laos so more border soldiers have been mobilised recently for the Covid-19 prevention.

According to lieutenant colonel Do Xuan Trinh, head of the Nam Giang Border Gate Station, they are monitoring the 31 kilometre-border with Laos.

To carry out the Covid-19 prevention and control work, since mid-March, they have set up four checkpoints each of which are controlled by a group of between 5-9 soldiers.

Lieutenant colonel Vu Cong Quynh who controls a checkpoint four kilometres from the border gate said that the distance took roughly an hour to walk due to difficult road.

"Mine is the nearest checkpoint from the border gate station," he said. "To reach other further points, we have to walk a day through thick forest, mountains and valleys."

Quynh said that they have eight soldiers in the furthest point who are divided into two groups.

"The two groups with four members each will take turns to guard at the point and patrol along the border," he explained. 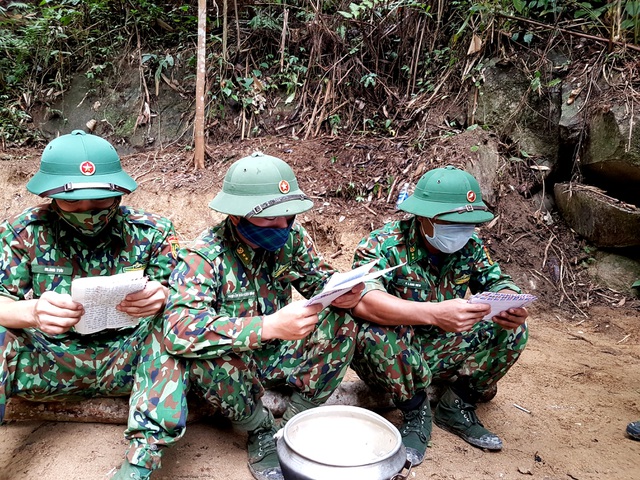 Soldiers read letters sent from their relatives at the checkpoints

Living in the forest, the soldiers have to struggle with tough conditions, especially various kinds of harmful insects.

Lieutenant Commander Nguyen Duc Thuan said that although life is very hard, they have all tried to fulfil their task.

"We have been staying here for a month without family visits," he said. "And we even prepared for the situation that the epidemic would last long. Due to difficult roads, we have grown vegetables, raised chickens and ducks in the forest for our daily meals.” 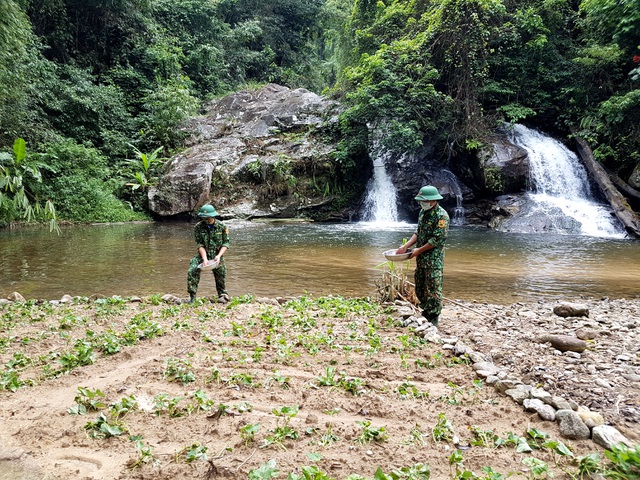 Soldiers growing vegetables near the checkpoint

But the official said that they were compensated by the love and support of local residents and authorities for their meaningful work. Dtinews

Living without electricity in a remote area isn't easy, but it's part of the job for some soldiers.