The 13-month-old co-joined twins who were successfully separated after a 9-hour-surgery have been temporarily released from hospital.

On Wednesday, doctors at the HCM City Children’s Hospital allowed the twins Truc Nhi and Dieu Nhi to leave the hospital for one month. 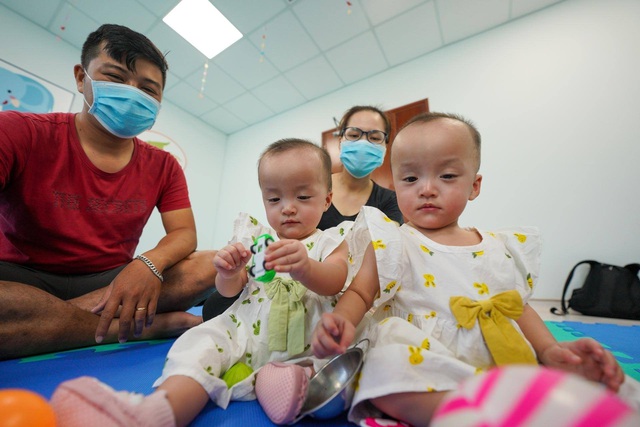 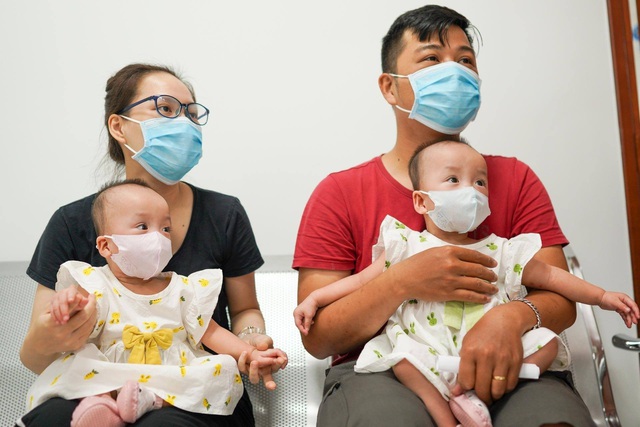 The twins and their parents before being discharged from hospital.

The two little girls had separate internal organs but were joined at the pelvis. Nearly 100 doctors and nurses from leading hospitals nationwide joined in the nine-hour operation on July 15.

After the treatment of more than two months, their injuries after the separation have recovered. The babies have proved great improvement during their physiotherapy. They can touch on the frame to stand and their other movement skills are basically close to normal children. They are given lessons for language development.

The children can enjoy the coming Mid-Autumn Festival at their home. One month later, they will return to hospital for another operation which is aimed to help deal with their digestive, urinary and pelvis problems. Dtinews