Coronavirus is continuing its spread across the world, with more than six million confirmed cases in 188 countries. More than 360,000 people have lost their lives.

This series of maps and charts tracks the global outbreak of the virus since it emerged in China in December last year.

How many cases and deaths have there been?

The virus, which causes the respiratory infection Covid-19, was first detected in the city of Wuhan, China, in late 2019.

It then spread quickly across the globe in the first months of 2020.

The US has by far the largest number of cases, around one third of the global total, according to figures collated by Johns Hopkins University. With more than 100,000 fatalities, it also has the world's highest death toll.

The UK, Italy, France and Spain are the worst-hit European countries.

In China, the official death toll is some 4,600 from about 84,000 confirmed cases, although critics have questioned whether the country's official numbers can be trusted.

The outbreak was declared a global pandemic by the World Health Organization (WHO) on 11 March. This is when an infectious disease is passing easily from person to person in many parts of the world at the same time.

The WHO has warned that the pandemic is a long way from being over and said people should be prepared for new outbreaks to build up very quickly - especially in areas where lockdowns are eased.

The true number of cases is thought to be much higher than the reported figures, as many of those with milder symptoms have not been tested and counted.

Globally, at least 4.5 billion people - half the world's population - have been living under social distancing measures, according to the AFP news agency's estimates.

Those restrictions have had a big impact on the global economy, with the International Monetary Fund warning the world faces the worst recession since the Great Depression of the 1930s.

The United Nations World Food Programme has also warned that the pandemic could almost double the number of people suffering acute hunger.

Where are coronavirus cases still rising?

While some countries are starting to see confirmed cases and deaths fall following strict lockdown restrictions, others are only now seeing them rise.

A sharp increase in cases in Latin America has led the WHO to say the Americas are currently at the centre of the pandemic.

These charts show four countries where deaths are on an upward trajectory - as shown by the red lines.

There is particular concern about the situation in Brazil where President Jair Bolsonaro continues to downplay the risks of the virus.

Official figures show some 28,000 people have died so far but a projection by experts at the University of Washington suggests the death toll could exceed 125,000 by early August.

Dr Christopher Murray, who leads the university's Institute for Health Metrics and Evaluation, said daily deaths in the country may not peak until mid-July unless tough restrictions like those seen in Europe are enforced.

Several other countries in Latin America are seeing widespread outbreaks, including Peru, Mexico, Chile and Ecuador.

South Africa, Egypt, Algeria and Nigeria have seen the largest outbreaks in Africa.

South Korea, which appeared to have brought its outbreak under control with an extensive "track, trace and treat" programme, has been forced to reintroduce some restrictions after a small spike in cases.

European countries are now slowly beginning to ease restrictions brought in to slow the spread of the virus.

The UK, Italy, Spain and France, along with others, now appear to have passed the peak, with the number of new confirmed cases and deaths falling.

However, differences in population size and how countries report their figures, with some including deaths in care homes, or deaths of those suspected but not confirmed of having the virus, means international comparisons are complicated.

European countries have varied in their plans to ease lockdowns, but the WHO has urged all nations to adopt a "slow, steady" approach.

New York the worst-hit in US outbreak

With more than 1.7 million cases, the US has the highest number of confirmed infections in the world. It has also recorded over 100,000 deaths.

Thestate of New York has been particularly badly affected, with about 30,000 deaths in total, but the number of daily deaths has now dropped to about 100 - down from 1,000 a day in early April.

At one point, more than 90% of the US population was under mandatory lockdown orders, but all 50 states have now begun to loosen their stay-at-home restrictions and allowed some businesses to reopen - a move health officials fear could further spread the virus.

Top US infectious diseases doctor Anthony Fauci has cautioned against opening up public life too soon, warning of further "little spikes" which could become bigger outbreaks.

President Trump, who disagrees with Dr Fauci's advice, has made it clear he is keen to reopen the US economy "vaccine or no vaccine".

The latest figures show more than 40 million people have lost their jobs since the outbreak hit the US - a quarter of the American workforce.

The rise means the jobless rate is now worse than at any time since the Great Depression of the 1930s.

Mr Trump has also announced that he is terminating the country's relationship with the WHO, accusing the organisation of failing to hold China to account over the coronavirus pandemic. He said the US would redirect funds to other bodies instead.

The data used on this page comes from a variety of sources. It includes figures collated by Johns Hopkins University, data from the European Centre for Disease Prevention and Control, national governments and health agencies, as well as UN data on populations.

When comparing figures from different countries it is important to bear in mind that not all governments are recording coronavirus cases and deaths in the same way. This makes like for like comparisons between countries difficult.

Other factors to consider include: different population sizes, the size of the a country's elderly population or whether a particular country has a large amount of its people living in densely populated areas. In addition, countries may be in different stages of the pandemic. BBC 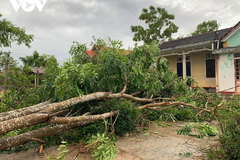 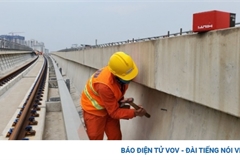