Drug crime on the rise as pandemic continues: official

and measures to mobilise resources to combat drug crimes.

In 2020, the drug-related crime investigation police force directly conducted or co-ordinated with other authorities to investigate 24,548 drug-related criminal cases, arrested 36,404 drug offenders and seized more than 738kg of heroin, 3.4 tonnes and more than 2 million synthetic drug tablets, and about 255kg of marijuana. It saw year-on-year increases of 12.85 per cent in the number of cases and 9.15 per cent in the number of criminals.

As the COVID-19 pandemic has adversely affected economic, political-diplomatic, cultural and social aspects of countries all over the world, including Vietnam, drug crimes have increased.

The authorities have cracked down on maritime drug trafficking cases, notably one led by a former South Korean police officer in July 2020. Could you elaborate on this?

There have been complex developments in maritime drug trafficking crimes. This is a route that has been used by international drug criminals to transport a very large amount of drugs.

As the COVID-19 pandemic has suspended some international air routes and road routes are also under tighter controls against COVID-19, drug trafficking at sea is becoming more complex.

Drug traffickers have constantly changed the way they work. They are led by Chinese Taiwanese or African citizens under the management of international drug crime organisations, which work with those from the drug hotspots like the Golden Triangle to establish the drug trafficking rings and transport drugs to Vietnam and other parts of Southeast Asia.

The ringleaders are not involved directly in transporting the drugs. They manage and assign jobs into different steps to avoid being detected by the authorities. They establish import and export companies and rent warehouses in provinces in the central and southern regions of Vietnam to gather drugs, which are hidden in normal goods like electronic equipment. They then consign the goods for other logistics companies to conduct procedures to ship drugs to other countries. Therefore, it is difficult to expand the investigation and arrest the ringleaders who are foreigners.

To prevent maritime drug crimes, we are promoting communications so businesses and local people are better aware of how drug-related crimes work are more cautious and report criminals to the authorities.

We work with other forces like customs, border and coast guard to investigate and handle the crimes. We also work with the authorities of other countries in the region to share information and together handle criminal cases when needed.

The illicit use of drugs in bars, karaoke parlours and hotels seems to be on the rise. Is there any fundamental solution to prevent this?

In recent years, the illicit use of drugs, especially synthetic drugs, in bars, hostels and hotels has been complicated.

We have difficulties in preventing this, especially when the Penal Code removed Article 199, recognising narcotic users as patients, not criminals, making it challenging to manage, prevent and deter drug users.

In addition, drug users often rent luxury apartments or resort with good sound insulation. Landlords don’t seem to care what tenants use their properties for and the tenants often use drugs in these rooms with layers of locked doors, making it difficult to detect and catch them red-handed.

Meanwhile, there are still overlaps in some legal documents related to this issue, which are also inconsistent with reality. The sanctions imposed on property owners where the violation occurs are still too lax to deter violations.

To prevent the illicit use of drugs, the Drug-related Investigation Police Department is working on a report to the Ministry of Public Security to propose the approval of the amended Drug Prevention and Control Law, which suggests additional charges for the illegal use of drugs. At the same time, it also works with competent authorities to handle difficulties in managing and treating drug addicts.

Communication work on the impacts of drugs needs also to be promoted. It is also essential to get a grip on the situation and promptly detect and handle drug hotspots.

It is crucial to assess the responsibilities of organisations or individuals, especially leaders in places where crime and drug evils take place in a complex, rampant and prolonged way that causes insecurity for local people.

We have witnessed the great sacrifices of police forces in combating drug crimes yet there are also some police officers who have been arrested and prosecuted for involvement in drug crimes or having their People’s Police titles stripped due to their illegal use of drugs. What are the implications of these incidents?

The drug-related crime investigation police force works in a tough and challenging environment, their battlefield is often the dangerous mountainous areas. Drug criminals are becoming more audacious and fight fiercely when they are detected. Therefore, bloodshed and the sacrifice offered during peacetime by this force is heavier than any other forces. As many as 26 officials, officers and people have died in this combat.

Recently, however, there are some police officers who have tolerated, protected, covered up crimes and colluded with drug offenders. This not only enables the crimes but also erodes the trust of the people and adversely impacts the reputation and prestige of the people’s police force as a whole. These individuals will be punished strictly in accordance with the law.

To build a transparent and valiant drug investigation police force who are willing to face challenges, accept to sacrifice, have a strong will and do not fall into the bribery and manipulation of criminals, I think political and ideological education is crucial. The officers need to follow the six teachings that late President Ho Chi Minh has given the police force, considering this as the most important element in the process of building the police force.

In addition, it is also necessary to keep tabs on the cadres and officers to promptly detect and handle violations while giving praise to groups or individuals who have made excellent achievements in drug crime prevention and control.

What should we do to mobilise the resources and the strength of the whole political system and people to prevent drug-related crimes?

Promoting the strength of the whole political system and entire people in drug crime prevention and combat is one of the goals and tasks specified by the Politburo in Directive No 36-CT/TW on August 16, 2019, on enhancing the effectiveness of drug control work.

To achieve this, firstly, the authorities need to closely implement Directive No 36, direct and inspect the implementation of drug crime prevention and control in organisations and agencies. This shouldn’t be considered as the task of the public security sector alone.

In addition, it is essential to enhance communication work, disseminate information on the law, and raise the awareness and responsibility of people in drug-related crime prevention and control. We need to diversify content and forms of communication in accordance with localities, regions and subjects, especially pupils, students, workers and people from ethnic minority groups.

Sharing experience and successful models and praising those with excellent achievements in drug prevention and control are also important.

We also need to continue to enhance the capacities and virtues of public security forces, gain trust from the people and receive support from them in ensuring public security in general and controlling drug crimes in specific. VNS

New ways of doing things in the fight against drugs

Senior Colonel Nguyen Van Hau, Deputy Director of the Investigation Police Department, under the Ministry of Public Security, speaks on the need for strong co-operation from the political system and the people in the fight against drug trafficking. 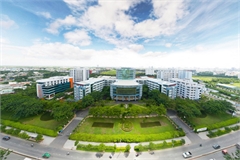 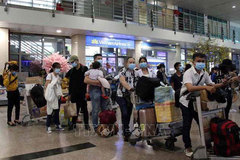 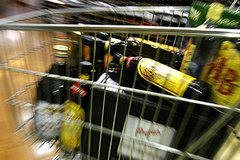 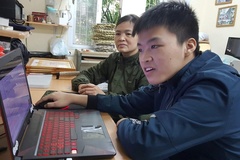 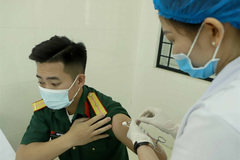 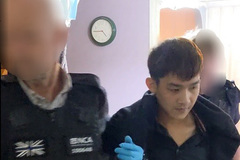 A court in the United Kingdom has ordered the extradition of a Vietnamese man to Belgium where he is wanted in connection with the deaths of 39 migrants found in a lorry. 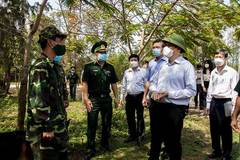 The Ministry of Health has set up five inspection teams for COVID-19 prevention and control measures, including vaccinations, in the southwest from April 18-30. 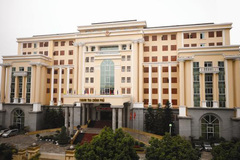 Nearly VND96 trillion (US$4.16 billion) and 772ha of land were found to be involved in economic violations uncovered by the Government Inspectorate in the first quarter of this year. 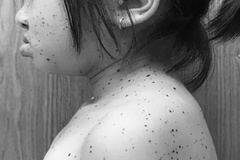