PM Nguyen Xuan Phuc has ordered a probe into trafficking of Vietnamese citizens amid fear that Vietnamese are among victims of the 39 people found dead in a semi-trailer truck at an industrial park in Essex, the UK. 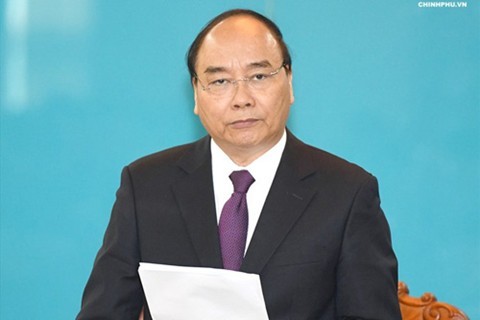 The Government chief tasked the Ministry of Public Security to coordinate with the Ministry of Foreign Affairs and local authorities of Nghe An, Ha Tinh and relevant localities to promptly probe the tragedy in the UK.

He also asked the Ministry of Foreign Affairs to direct the Vietnamese Embassy in London to closely monitor and coordinate with the British side to verify whether Vietnamese nationals are among the victims.

Concerned agencies must report to the Prime Minister before November 5.

Earlier, the Vietnamese Embassy in London had announced its hotline +44 7713 181501 to help Vietnamese nationals seeking assistance in relation to the Essex case.

The Embassy said it has also worked with British police to identify the nationality of the victims.

Over the past few days, a family in the north-central Vietnamese province of Ha Tinh reported to authorities that their daughter might be one of the 39 victims.

The 26-year-old woman had left Viet Nam on October 3 and is believed to have traveled through China and France before reaching the UK.

She has not been heard from since Wednesday, when she bade farewell to her family in chat messages provided by a source close to the family.

British police work with Vietnamese side on identification of truck deaths

British media have reported that a container in which 39 migrants were found dead on October 23 was part of a convoy of three lorries carrying more than 100 illegal immigrants into the UK.

Earlier, British police said they had received information from Vietnamese families seeking their relatives during the time of the incident. Detective Chief Inspector Martin Pasmore said all the victims’ bodies were taken to hospitals for investigation and identification.

The lorry driver, 25, was charged with conspiracy to traffic people, conspiracy to assist unlawful immigration and money laundering.  Shortly after a press conference outside Grays police station in Essex on October 26, police in Ireland announced it had arrested a man in his early 20s at Dublin’s port wanted in relation to the case. Four people arrested earlier in the week remain in custody.

Vietnam’s Ministry of Foreign Affairs has announced that Vietnam is supporting British police in the identification of the victims. VGP/VOV

Vietnamese families concerned after 39 dead bodies discovered in the UK

Seven Vietnamese families have contacted a charity in Vietnam via a friend, concerned their loved ones may have been on board a lorry discovered in the UK with dead bodies inside.