Fish farms in danger as Da River drying out

This year’s dry season has come early and is also more severe than in previous years.

Thieu Minh The from Thanh Thuy District said there was also a lot more sand so they had to constantly dredge sand out of the fish cages. As of now, The has lost 10 tonnes of catfish. 16 out of 52 cages left are in need of more water. The fish don't have enough space to swim in the small area left and continuously hit each other.

"The dry season is more severe this year because the current in Da River has changed and as a result, there is too much sand, enough to create a small sand bar in the river," The said.

In 2013, The was allocated 1.25ha of surface water to raise fish. In 2017, he already lost VND3bn (USD130,000) worth of fish due to flooding. He continued to borrow from the banks to raise the fish but the water level kept getting lower and lower. There are only 36 fish cages left.

The farmers feed the fish very little now and mostly focus on taking out the sand.

Statistics from Thanh Thuy District show that there are a total of 318 fish cages in Da River, of which 171 cages are in Xuan Loc Commune. About 100 cages are at risk of not getting enough water.

Some photos of the fish farm on the Da River during the dry season: 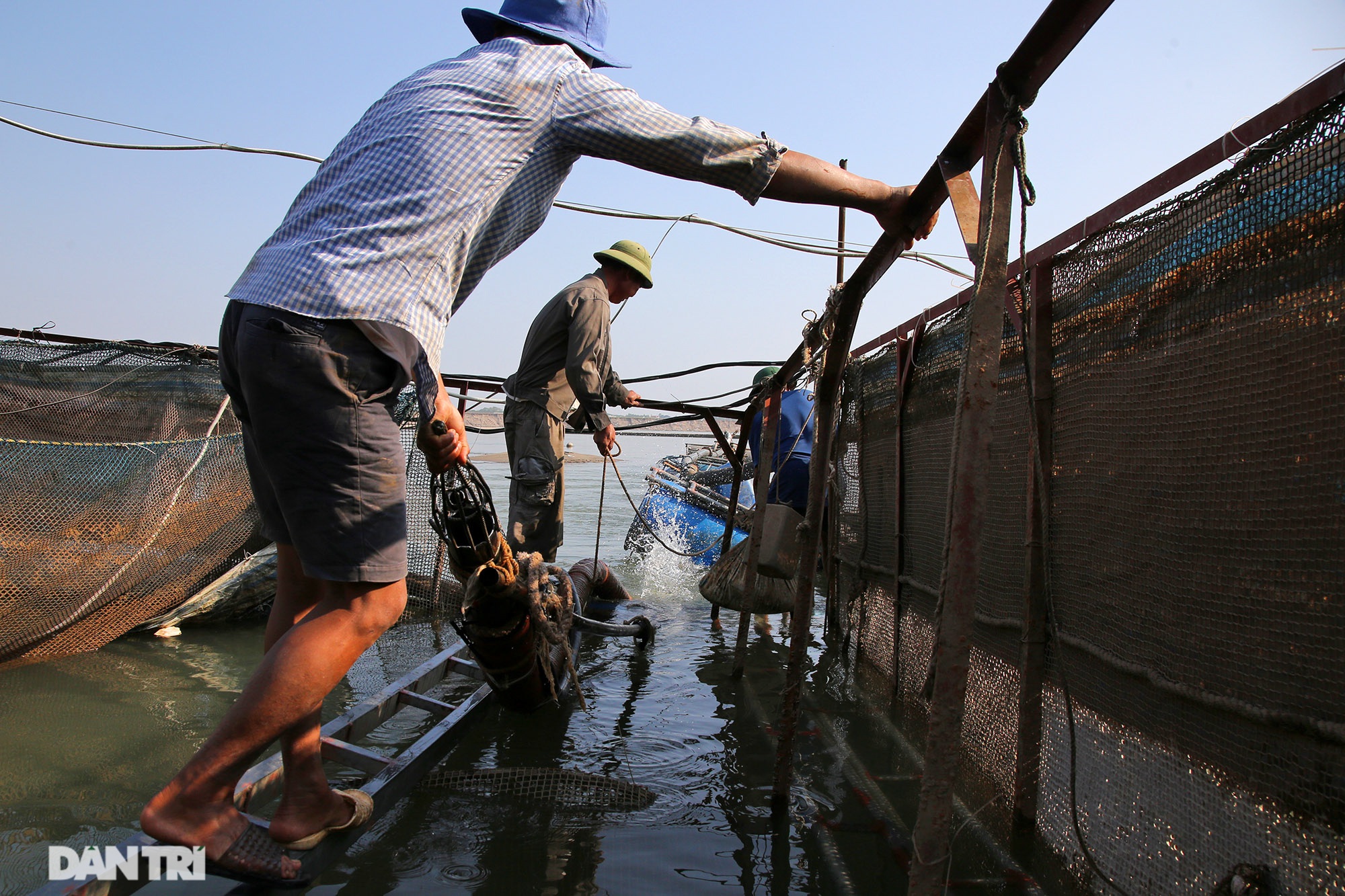 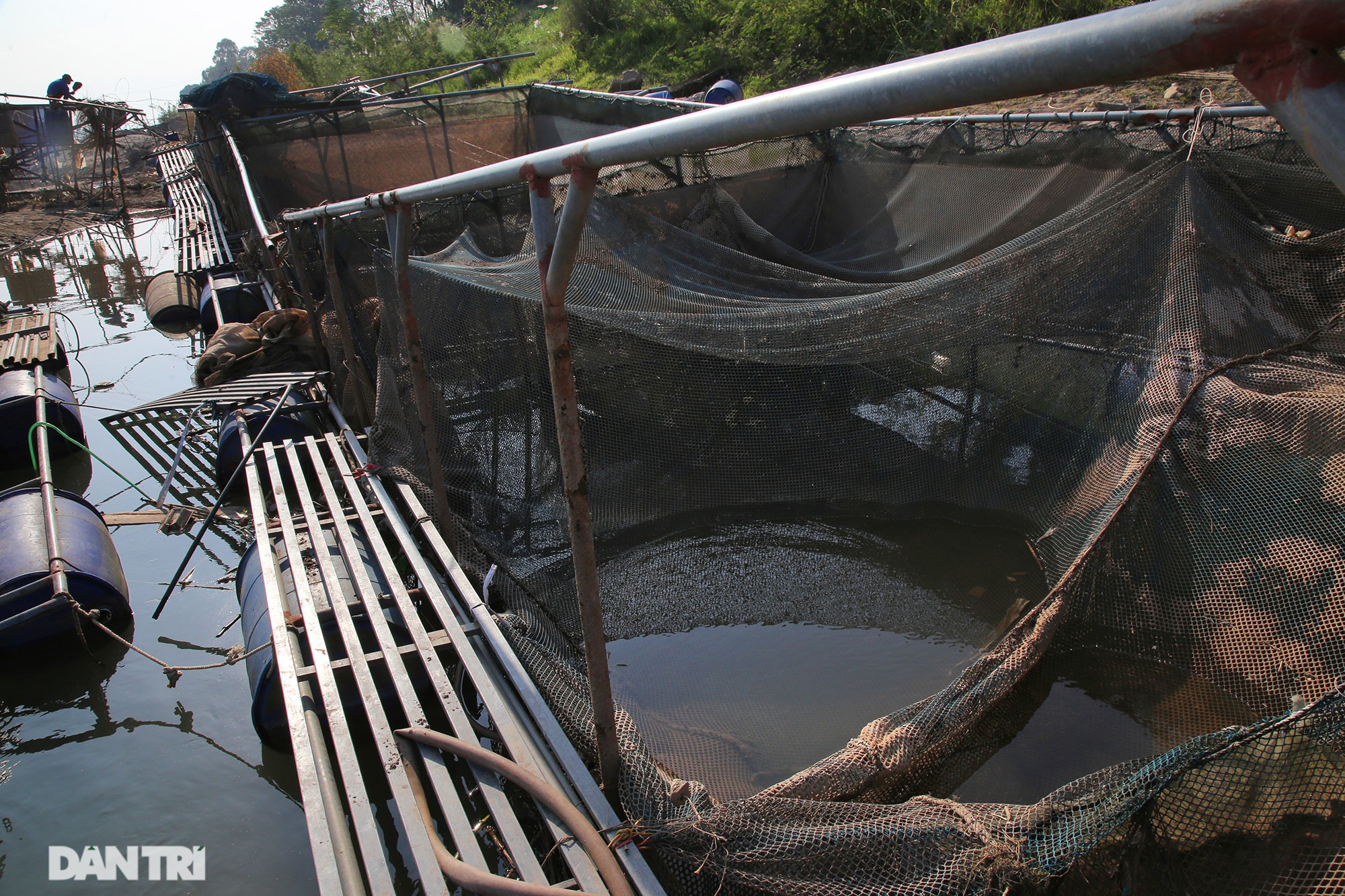 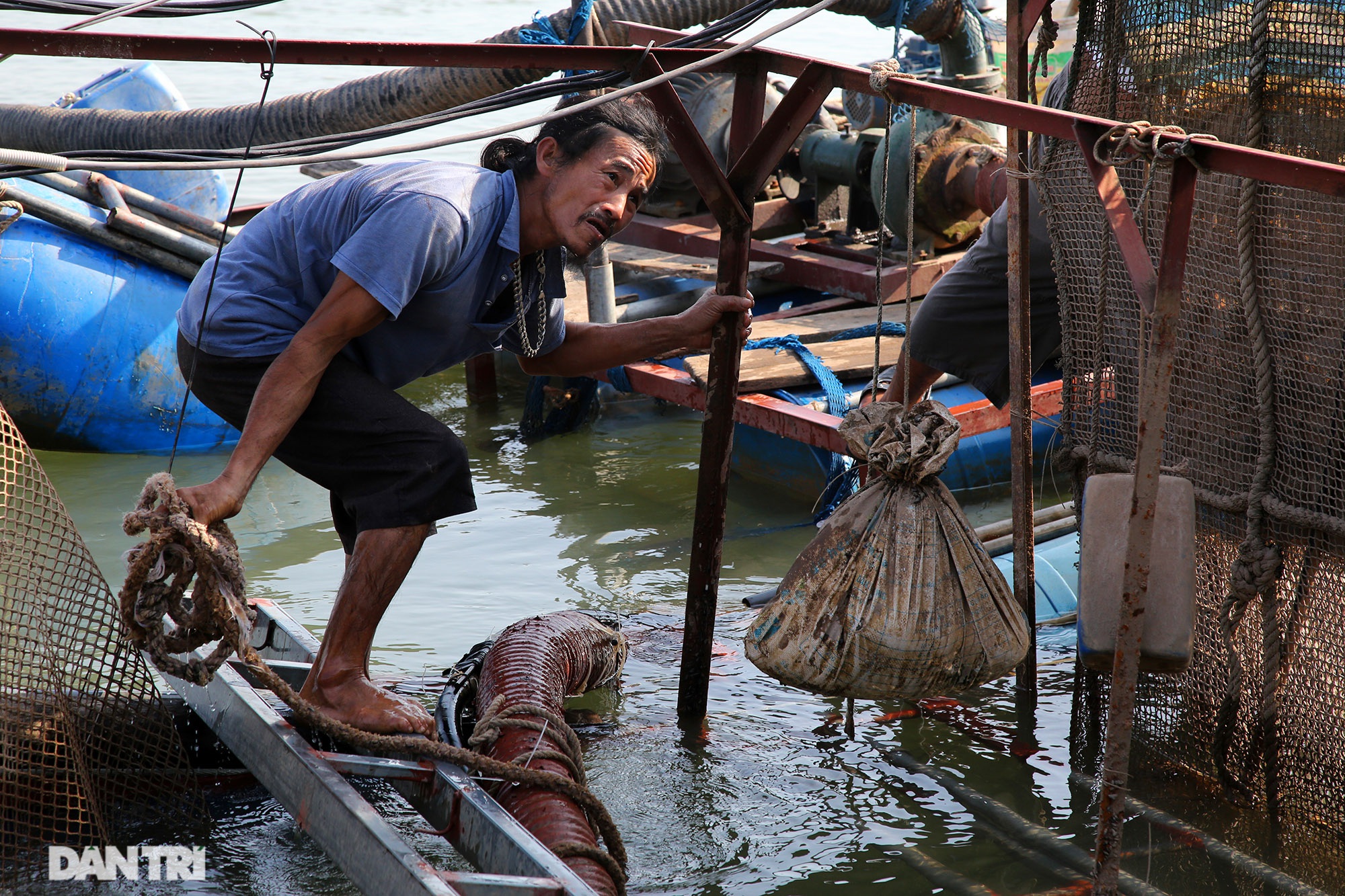 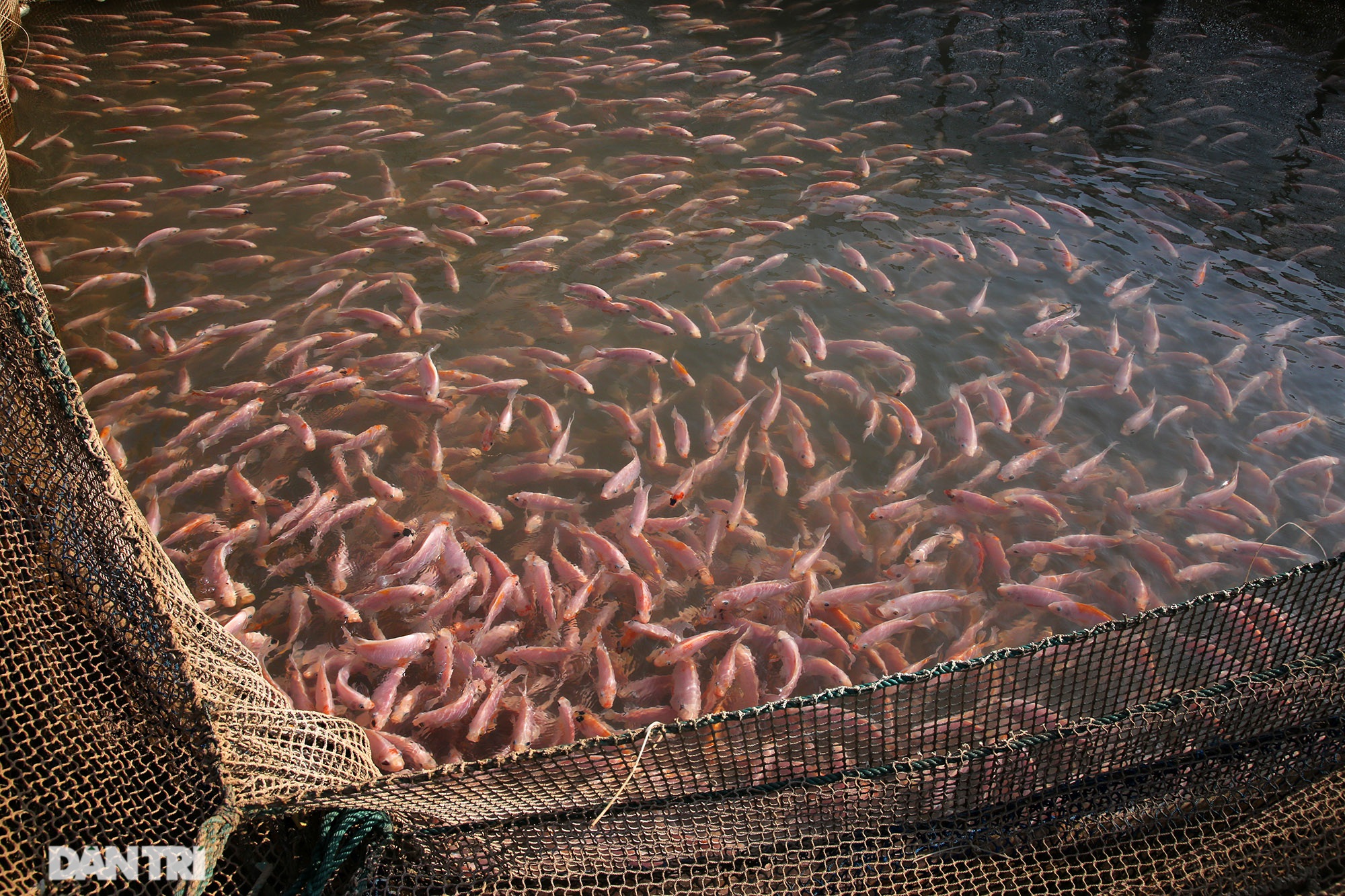 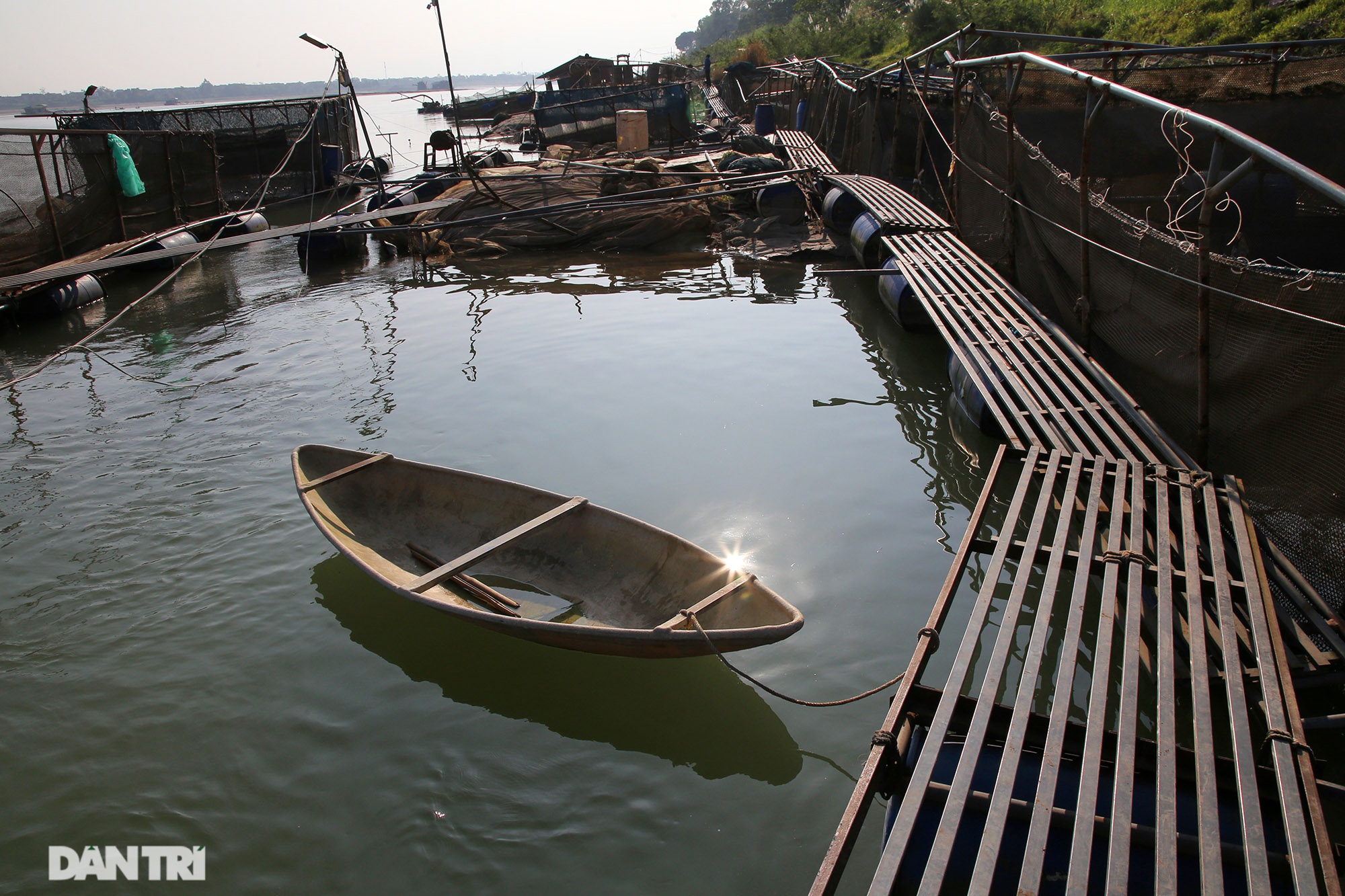