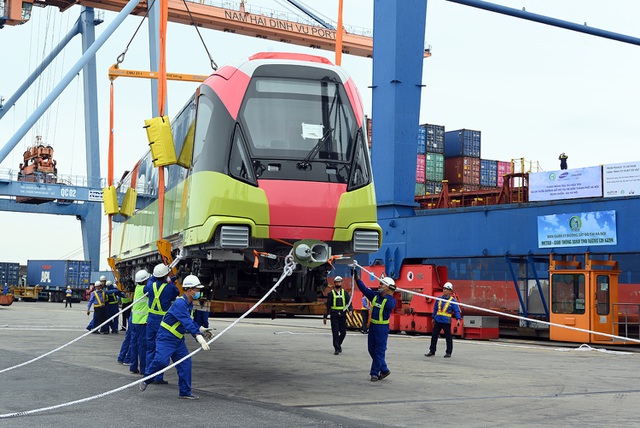 Nhon-Hanoi Station metro line to be put into operation.

From 2026 to 2030, the authorities will carry out research to open five more bus-only lanes with a total length of 82.3 km on Nhon-Ho Tung Mau, Ngoc Hoi-Thuong Tin Bus Station, My Dinh Stadium-Noi Bai Airport and Thuong Tin-Phu Xuyen routes. Dtinews

This is the first of a batch of four trains being produced for the line out of a total rolling stock of ten of Hanoi’s second metro line.