Hanoi's Son Tay General Hospital today announced that a woman in Hanoi has been infected with Melioidosis, also known as Whitmore’s disease, which is caused by bacterium Burkholderia pseudomalle.

After being taken to hospital, doctors discovered that the patient had been infected with Whitmore’s disease, although after receiving treatment for a month her health remains in a stable condition.

Melioidosis is caused by the gram-negative bacteria Burkholderia pseudomallei and is an infectious disease that is transmitted through coming into contact with contaminated soil or water. Symptoms of the disease include a fever, pneumonia, abscesses, and inflammation of the brain and joints.

According to Dang Duc Hoan, director of Son Tay General Hospital, if the disease is not treated in the correct manner, then the mortality rate could be between 40% and 60%. In order to properly treat patients with the disease, treatments include taking multiple antibiotics for a six-month period.

At present, there is currently no vaccine for the disease. Most notably, the nation often endures a spike in cases of the disease during the rainy season from July to November. As such, medical workers have warned people to wear protective clothing when working with soil or water. VOV 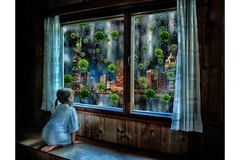 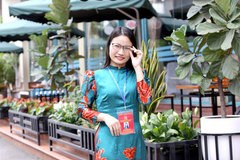