Soon after a local newspaper published a series of articles on using talented staff in HCMC, the city's Mayor Nguyen Thanh Phong scheduled a working session on the issue.

The articles published by Thanh Nien newspaper were about six people with master's degrees, who, after finishing study in the US with Grand Challenge scholarships, started jobs which have no relations to their majors or have simple jobs. 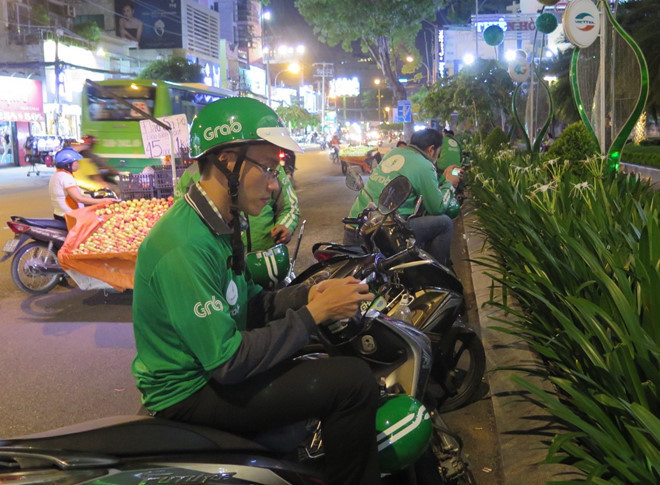 Thai works as a taxi driver

The six were trained by Intel and Arizona University in a plan to prepare human resources for the smart city development project. They were selected after meeting requirements set by the parties. Phong in person met them when they returned to HCMC after finishing the course.

At the working session on September 18, 2018, Phong assigned relevant agencies to recruit them and put them in appropriate posts.

The mayor told Thanh Nien that he will ask the city Department of Interior Affairs to report about the case.

“How can we attract talented people if we offer such low salaries, ” he said. “Most of the young people are from other provinces, so they have to live in rented rooms and they have to cover a lot of expenses. We have to take care of this."

Thanh Nien reported that Thai only checks documents and enters data, simple work which can be done by secondary school graduates. As an officer of the city’s Food Safety Management Board with the monthly salary of VND2.8 million, he has to work as Grab taxi driver to get extra income.

Thai followed the training program for talented engineers in construction technology at the HCMC University of Science & Technology. Finishing school in 2017, he worked for a US company with monthly salary of VND12 million.

The other talents are in the same situation. They receive a modest salary of several million dong a month, which is not enough to cover basic needs.

“They paid $65,000, or VND1.5 billion, to send me to the training course and I have to work for the city for at least three years. If I find the job unsatisfactory, I will leave after three years,” said Nguyen Quang Hung.

Phong promised that he will examine the issue mentioned in the articles, emphasizing that attracting talents is an important policy of the city. At a conference reviewing the 18 months of implementing the smart city project, he requested relevant agencies to check the policies and prepare human resources for the project.

In addition to an attractive salary and welfare benefits, working environment and space play a key role in attracting talent as well as improving work efficiency.