HCM City and its neighbouring Long An Province plan to widen seven roads that connect each other by 2025 at a cost of VND24.4 trillion (US$1.05 billion).

“Work on these roads, which are currently facing severe traffic congestion, will start next year,” Nguyen Hoai Trung, deputy director of the Long An Department of Transport, said.

They are now four-lane roads that are 18-22m wide, and will be expanded to six lanes and 40m.

Highway 50 from the city’s Binh Chanh District to Can Giuoc District in Long An will cost VND1.5 trillion.

The two localities have also agreed to build a new 8.6km road parallel to Highway 50 between Binh Chanh and Can Giuoc districts at a cost of VND4.3 trillion.

Long An also plans to build a new 7.5km road between its Duc Hoa District and the north-western part of HCM City at a cost of VND6.4 trillion.

Long An is situated in an advantageous location in the Southern Key Economic Region, serving as a bridge between HCM City and the Mekong Delta’s 12 provinces and one city.

Meanwhile, HCM City has urged the Ministry of Transport to speed up construction of ring roads No 3 and No 4 at a cost of more than VND154 trillion ($6.6 billion) to reduce congestion in and around the city and strengthen its links with neighbouring provinces.

The VND55.8 trillion ($2.4 billion) former will be 90km long and pass through the city and Dong Nai, Binh Duong and Long An provinces.

Construction has been divided into four sections.

Ring Road No 4 will be a 198km expressway running through HCM City and Ba Ria-Vung Tau, Binh Duong, Dong Nai, and Long An provinces.

It is expected to cost around VND99 trillion ($4.3 billion).

Ring Road No. 3 will be linked to national highways 1A and 22, and the Ben Luc-Long Thanh, HCM City-Trung Luong, HCM City-Long Thanh-Dau Giay and HCM City-Moc Bai expressways.

It will reduce the travel time between various localities and reduce the number of vehicles entering the city, helping reduce traffic jams and accidents there.  VNS 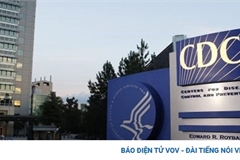