The Hue-Danang bus route was officially launched on January 1 at Hue Southern Station. 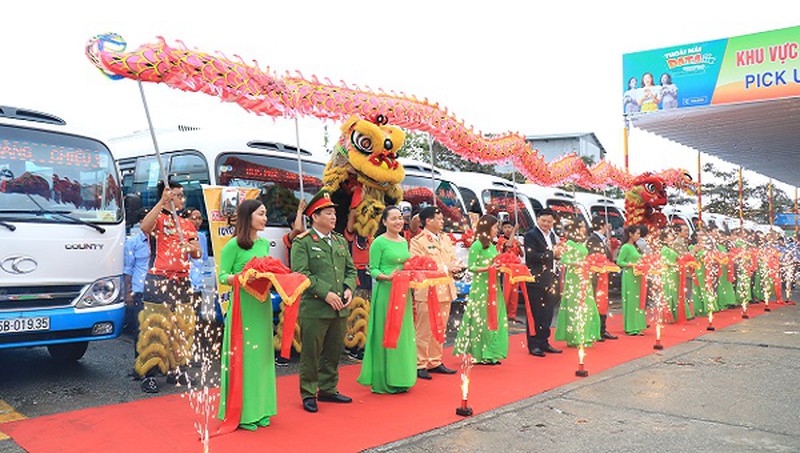 An app will be available to the public to help provide information about the service. The two cities will agree on operational regulations. There will be a bus every 15 minutes. The ticket price for the whole route is VND70,000 (USD3) per passenger and the ticket prices for each section are VND30,000 to VND50,000 per passenger.

The route has a total of 32 stops including six stops in Huong Thuy Commune and 20 stops in Phu Loc District.

All buses have surveillance cameras to send live feeds to the management centre of the Road Directorate.

"We'll run in accordance with the approved schedule and will replace broken buses in time. We'll follow all requirements for public buses as well as regulations about ticket management and monitoring," said Nguyen Van Long, chairman of Thua Thien-Hue Automobile Transportation Association.

It is hoped that the new bus route will help expand the public transport network and limit personal vehicles between Hue and Danang. Dtinews