Hyperactive children with ADHD are not treated because of parents’ misperceptions

Attention deficit hyperactivity disorder (ADHD) is fairly common among children. However, because of parents’ lack of knowledge, the disorder cannot be identified and treated in a timely manner.

N.T.P.V, born in 2008, was brought by his parents from Tien Giang province to the HCM City Psychiatric Hospital for examination after the parents discovered the child’s abnormal actions: he refused to sit still, stood up, ran and jumped, fiddled with furniture all over the room, and stayed on the floor and played with toys. 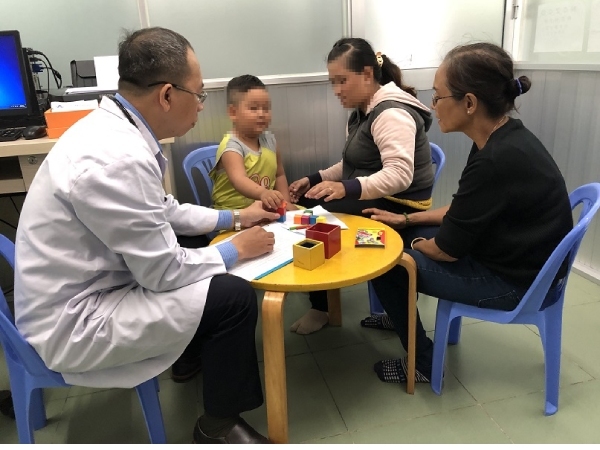 Nguyen Thi Giang, head of the Psychological Examination Department, said the boy has been diagnosed with ADHD and treated with medicine.

After two weeks, his acts of mischief and rebellion reduced. The child now sits longer and concentrates better. However, he still has to go to the hospital for periodic examination.

N.P.N.M, born in 2011, from district 4, HCM City was also diagnosed wuthADHD and mild mental retardation. The child is impatient, has poor concentration, and cannot count the fingers on his hand. He has problems verbally expressing his ideas, cimmits destructive acts and runs all the time.

Giang said the situation got better after 7 days of treatment with medicine. After two months, the situation significantly improved. But he gave up medicine the next three months and thr situation has deteriorated.

According to Dinh Thac, Head of Department of Psychology, Children Hospital No 1, ADHD is a chronic mental disorder. The disorder includes 3 forms: reduced attention (children easily get distracted, are not too hyperactive or impulsive); hyperactivity (very hyperactive and impulsive, no serious notice reduction); and a combination of both (this is the most common, children have all 3 signs of hyperactivity, impulsivity, reduced attention).

About 60-90 percent of causes are related to genetics. In addition, the factors that contribute to a child's illness include the pregnant mother’s smoking and alcohol drinking, or diabetes during pregnancy which leads to premature birth, hypoxia and low weight. The children with encephalitis, meningitis, head injury, or lead poisoning could also suffer from the disorder.

It is estimated that 5-17 percent of children aged 5-12 globally suffer have ADHD. In Vietnam, 6.5 percent of children in the south and 3.01 percent in the north suffer from ADHD. The number of boys with the disorder is three times higher than girls.

However, according to Thac, the number of children discovered and treated remains modest and it is estimated that millions of children still have not undergone treatment.

Studying abroad is desired by well-off families, who believe that graduates can find good jobs and have a good future.

Dr Tran Thi Ly is one of the 50 most influential women in Vietnam in the field of science anf education recognized by Forbes Magazine.