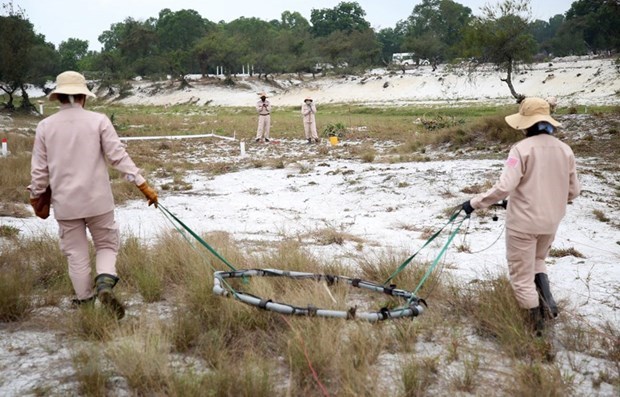 Director of the provincial Department of External Affairs Nguyen Trieu Thuong said that Quang Tri is striving to become the first Vietnamese province free from bomb and mine-related accidents by 2025.

To that end, the locality is synchronously carrying out a lot of measures such as boosting international cooperation, including activities to address bomb and mine consequences in socio-economic development plans, prioritising education on bomb and mine prevention, and supporting bomb and mine victims.

Quang Tri is the most severely contaminated place for bombs and mines in Vietnam. It has seen over 3,400 deaths and 5,100 injuries from UXO since the war ended in 1975.