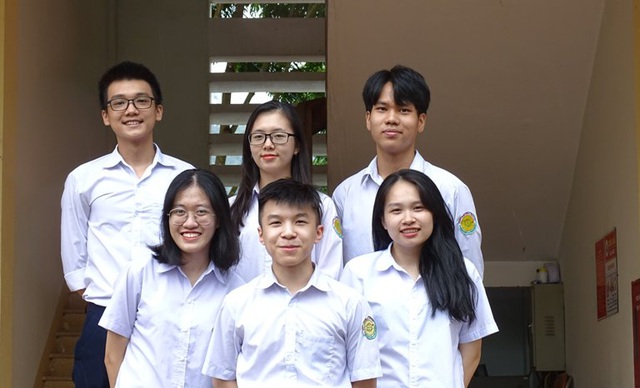 All seven students from Lao Cai High School for the Gifted are Hoang Tuan, Le Thanh, Manh Khuong, Ngoc Son, Mai Linh, Phuong Thao and Khanh Linh. They have won scholarships to many reputable universities such as Franklin, Marshall, Denison in the US, Adelaide, Deakin and Wollongong in Australia.

Cao Anh Tuyet, a teacher at Lao Cai High School for the Gifted, said, "In mountainous areas, the infrastructure isn’t as good as other schools in the delta but it has never deterred the students from reaching for their dreams. They have worked hard with encouragement from both parents and teachers."

All students also participated in many activities and had achievements in both community activities and academic contests. They are also talented with language so instead of attending language centres, they searched for online lessons and studied at home. Their average IELTS scores are all 7.5 and higher.

At Lao Cai High School for the Gifted, all foreign language teachers also have to search for oversea scholarships themselves for post-graduate programmes. Over 60% of the teachers have completed master-degree programmes.

The school has started using foreign languages in daily classes so the students know how to write essays and answers overseas. Dtinews

A teenager in the central province of Quang Ngai has just been invited by 21 universities in the US, the UK, Canada and Singapore.

As Vietnam struggles to cope with the fourth outbreak of the COVID-19 pandemic, expats who find themselves thousands of kilometres away from their homes have seen their lives turned upside down.