More than 23,410ha of rice, vegetables, sugarcane and fruits were damaged.

Households growing rice, vegetables and sugarcane will get 1 million VND per hectare if their crops suffered 30 - 70 percent damage and 2 million VND if the loss was greater.

For fruit orchards, the relief amounts are 2 million VND and 4 million VND.

Pham Minh Truyen, director of the province's Department of Agriculture and Rural Development, said drought and saltwater intrusion have increasingly worsened and affected many farming areas.

In the dry season that ended last month, the saltwater intrusion began earlier than normal and affected most farming areas in the province, damaging many crops, especially rice.

To revive agricultural production, the department has adjusted the rice growing schedules to ensure there is water to irrigate the next summer – autumn, autumn – winter and winter – spring crops.

It has restructured cultivation and encouraged farmers to use rice fields that are unproductive in the dry season to grow other, drought-resistant crops.

It plans to have three rice crops grown in a year only in areas with assured availability of water. In areas affected by saltwater intrusion and drought, farmers are encouraged to grow two rice crops and a drought – resistant third crop.

Last year the Mekong Delta province planned to switch completely to other crops on 7,400ha of unproductive rice fields, but only managed 2,371ha because many farmers were hesitant since they were not secure about their knowledge of farming techniques for the new crops, risks of diseases and demand.

To help them confidently switch to other crops, the province has provided them with advanced techniques and undertaken promotional activities to find steady outlets for their new produce.

It has encouraged them to join co-operatives and co-operative groups to improve farming efficiency and incomes.

In 2020 - 22, the province plans to spend more than 10 billion VND for agricultural extension activities such as training farmers in techniques for growing crops and breeding animals and aquaculture.

Since 2014 local farmers have switched to other crops on more than 19,000ha of unproductive rice fields, earning 50 percent more than from rice, according to the department./.VNS 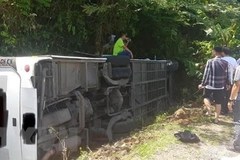 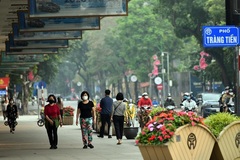