Vietnam is the fastest growing country in the region in terms of articles in scientific publications, while Singapore, India and Pakistan have the highest output.

The information was released in an announcement on October 2 by ISI Clarivate Web of Science (ISI) about 14 countries in South and Southeast Asia, including Laos, Myanmar, Brunei, Cambodia, Sri Lanka, the Philippines, Bangladesh, Indonesia, Thailand, Pakistan, Malaysia, Singapore, India and Vietnam in the 1981-2018 period. 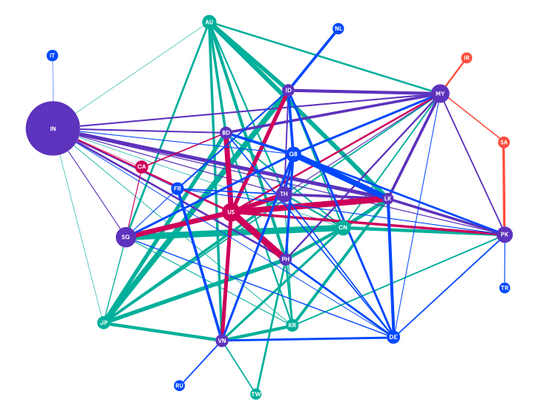 Vietnam has connections with most of developed sciences in the world

The study, Global Research Report – South and East Asia, by four scientists working for ISI shows that researchers in the region make great contribution to the world’s science, but their research is mostly carried out during the time they spend overseas.

However, the research capability of the region has grown tremendously, making increasingly important contributions. In recent years, regional scientists have made up 8 percent of total scientific publication output of the globe compared with 3 percent in the period from 1981 to 1995.

Among the regional countries, Vietnam has the fastest growth rate with the number of scientific publications having increased by five times since 2009.

The increase in scientific publication output in South and Southeast Asia is the result of cooperation with each other and with countries with more developed sciences.

The authors of the report attribute the cooperation to easier access to information about conferences more convenient travel and the global nature of scientific issues. International projects in fields such as health, environment, or physics also provide more opportunities for scientists.

Vietnam has connections with most of developed sciences in the world such as the US, France and the UK, and in Asia such as Japan, Taiwan, China and South Korea.

In terms of scientific publication output, Singapore remains an exception with its two universities – the National University of Singapore (NUS) and Nanyang NTU, which are listed among the world’s top universities.