The Vietnamese Ministry of Public Security and UK police announced on November 7 that all 39 victims found dead in a container truck in Essex, the northeast of London, UK on October 23, are Vietnamese.

The ministry expressed profound condolences to families of the victims, and affirmed that Vietnamese competent agencies are working closely with the UK authorities to conduct citizen protection measures and promptly investigate the case.

The Vietnamese Embassy in the UK also issued a statement expressing deep sorrow at the news and extended sympathy to the victims’ families.

The embassy pledged to coordinate with the Government delegation now working in the UK and relevant agencies of both Vietnam and the UK to help the families take the victims’ remains home at the earliest possible.

Prime Minister Nguyen Xuan Phuc, on behalf of the Government, has just sent his deepest condolences to the families of the 39 people found dead in a container truck in the UK.

On the evening of November 7, the Vietnamese Ministry of Public Security announced that all 39 victims found dead in a container truck in Essex, the northeast of London, UK on October 23, are Vietnamese.

"This is not only the boundless sorrow of the families of the victims but also the shared sorrow of the whole community in Vietnam as well as other countries in the world," PM Nguyen Xuan Phuc wrote the same day.

The PM tasked the Ministry of Foreign Affairs, the Ministry of Public Security, relevant agencies and localities to coordinate closely with the UK side to take the victims home soon.

The Vietnamese Government chief strongly condemned human trafficking and called on countries in the world to co-operate to fight this crime and bring those responsible to justice.

He highly appropriated the close coordination of the UK agencies with the Vietnamese authorities throughout the investigation process of the case.

The PM also asked the administrations and people of the localities which are home to the 39 families to take suitable measures and encourage them to soon overcome the huge losses.

Foreign Ministry’s deputy spokesperson Ngo Toan Thang said on November 7 that Vietnam and the UK have been working actively together to accelerate the identification of 39 victims found dead in a container truck in Essex, the southeast of the UK.

During a regular press conference in Hanoi on November 7, Thang told reporters that following the Prime Minister’s directions, Deputy Foreign Minister To Anh Dung led an inter-sectoral delegation to the UK to work with local authorities on the case from November 3.

While in the UK, Dung held a series of working sessions with UK government officials from the Foreign & Commonwealth Office, the Home Office, judges and Essex police representatives.

Thang said concrete information on the case will be announced early.

According to him, police in Vietnam’s central province of Nghe An launched criminal proceedings against the illegal organization of migration. So far nine persons have been arrested in connection with the case./.

British Ambassador to Vietnam Gareth Ward has extended his condolences to the families and relatives of the victims who were found dead last month in a container truck in Essex, the UK.

In a statement released on November 7 evening, the ambassador said: “Essex Police and her Majesty’s Senior Coroner have now confirmed that all 39 victims of the Essex lorry tragedy have been identified as Vietnamese. Each one of the victims has a family and comes from a community here in Vietnam. This is very sad news for us all.

“On behalf of the UK, I want to express my sincere condolences to the victims’ families and relatives. The next step will be to ensure that the victims can come home as soon as possible to their final places of rest.”

Earlier the same day, the Vietnamese Ministry of Public Security and British police announced that all 39 victims found dead on October 23 in a container truck in Essex, the northeast of London, are Vietnamese.

The Ministry of Public Security said the victims were from Hai Phong city and Hai Duong province in the north, and Nghe An, Ha Tinh, Quang Binh and Thua Thien – Hue provinces in the central region./. VNA/Dtinews/VNN 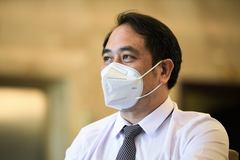