Remains of US servicemen repatriated 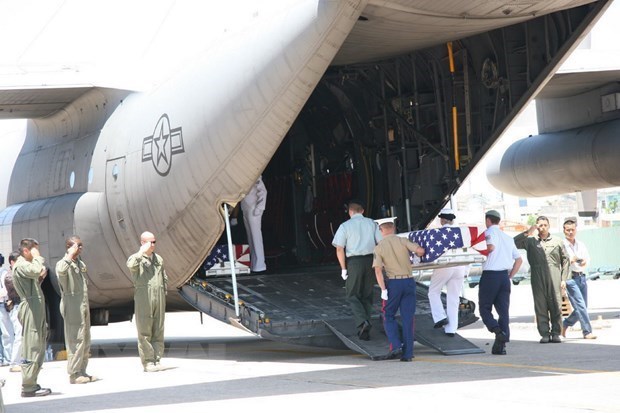 A repatriation ceremony for the remains of missing US servicemen (Illustrative photo: VNA)

The handover ceremony was held at Da Nang airport in central Da Nang city, with the participation of representatives from the US MIA Office in Hanoi.

The four sets of remains were found by joint search teams during the 138th and 143rd Joint Field Activities from April 2020 to July 2021.

The remains had been jointly examined by Vietnamese and US forensic specialists in Hanoi. The specialists concluded that they might be associated with US servicemen missing during the war in Vietnam and recommended bringing them to Hawaii, the US, for further verification.

The search for remains of US servicemen missing during the war in Vietnam is a humanitarian activity between the Vietnamese and US Governments. This is the 156th handover of remains of US missing servicemen since 1973.

Repatriation ceremony of US servicemen’s remains takes place in Hanoi

A repatriation ceremony of remains of US servicemen who died during the war in Vietnam was held at the US MIA Office in Hanoi on July 16.