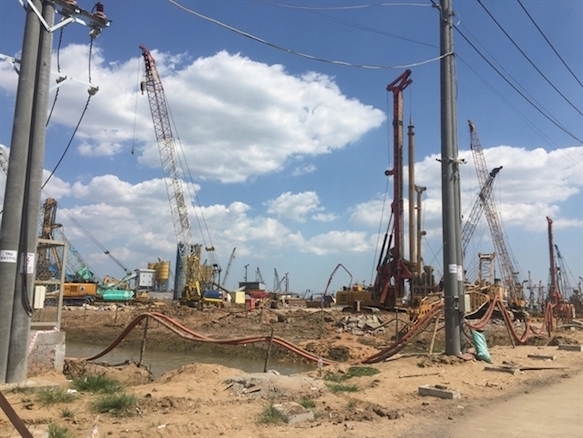 HCMC chose investors and approved investment in social housing projects when housing development plans had not been released. For example, the 2016-2020 plan included nine projects which got approval in 2014 and before, and the projects were completed in 2017. Meanwhile, 22 projects got approval before the 2016-2025 HCMC Housing Development Program was released.

In Hanoi, 25 projects received approval for investment, though they were not listed in the social housing development plan.

One of the biggest problems the State Audit found is that social housing was sold to the wrong buyers, who used the houses for wrong purposes.

In five audited projects in HCMC, the State Audit discovered 85 cases in which people bought and rented social homes though they already had accommodations, and 64 cases of buying or renting had authorized transactions on social housing.

In two audited projects in Hanoi, 122 clients who bought and 16 clients who rented social housing were found as using the housing for wrong purposes.

Local newspapers in recent years have repeatedly reported that social housing was being sold for wrong purposes. In principle, the goal of public housing is to provide affordable housing. But in many cases, the products were sold to those who already had accommodations, and the buyers re-sold them for profit.

The current regulations don’t clearly stipulate the mechanism for agencies to cooperate, provide and exchange information among agencies (construction departments, the police).

The Hanoi Construction Department did not provide inspection plans or discover violations in social housing use purposes as per the functions and tasks assigned to it, according to the State Audit.

The Ministry of Construction, in a report about the real estate market in the second quarter, reminded local authorities of reports in newspapers that some real estate brokerages had impersonated investors to sell social housing. They were trying all possible ways to trick buyers into making deposits for social housing.