Duong Thi Hoai Chan, a parent in HCM City, decided to cancel the plan to send her son abroad to university this year. 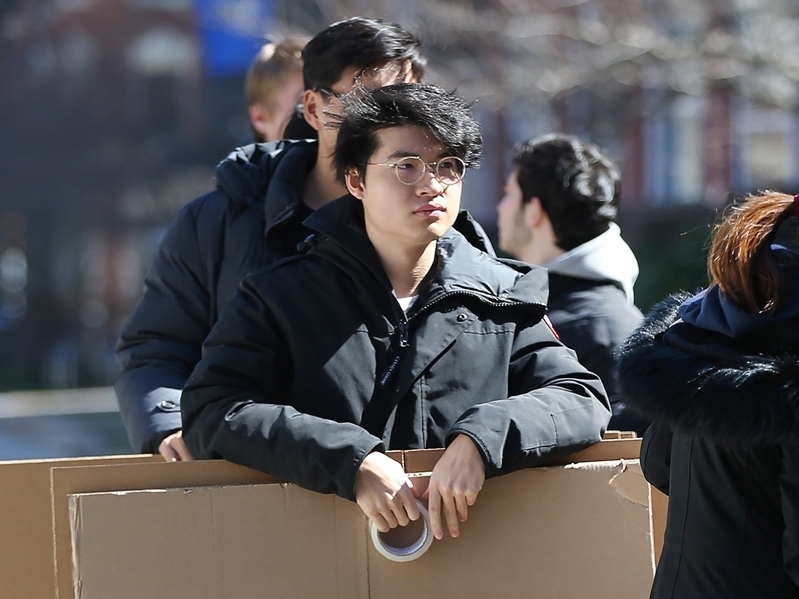 The son is studying at an international school in Vietnam, which belongs to a pilot project implemented by the HCM City Education and Training Department and the Australian Ministry of Education.

The students are following an Australian curriculum, under which the new academic year begins in January and finishes in November.

Chan initially decided that her son would go abroad to follow university education in Australia or Canada, the countries which allow admissions in January. However, as the epidemic is escalating and online learning is still maintained in Australia and Canada, Chan has reconsidered her decision.

Since the son will finish high school in November, he won’t be able to enroll in universities which begin new academic years in September.

She also is considering the 2+2 or 2+1 training models, i.e. two-year study in Vietnam and another one or two years in foreign countries.

However, the son wants to study medicine or life-related sciences, while these schools have advantages in economics majors.

Chan admitted that she considers ‘non-traditional choices’ for her son. And if the son wants a gap year, she will support his idea. During the gap year, she will encourage him to go to vocational schools or go to Israel to study.

The parent said, due to Covid-19, she has had more time to understand what her son wants and where he wants to study. Covid-19 has made her understand that one needs to be very flexible to adapt to all changes in their lives.

Tran Manh Hung, a parent in Lam Dong province, has two daughters who were initially planning to go to Australia to study arts and design. However, because of Covid-19, they will stay in Vietnam and study at domestic schools.

While the elder sister will study design at an international school, the younger sister has chosen HCM City Architecture University.

Le Thi Linh from International School of Business said the number of students asking for information about international training programs at the school is higher this year. She estimates that the number of applications is 50 percent higher than the previous year.

The Ministry of Education and Training has said that it will continue to work with relevant agencies to provide appropriate and timely support for Vietnamese students in the US as the US adjusts its visa regulations.

Vietnamese Ambassador to the US Ha Kim Ngoc advised Vietnamese students studying in the US to stay calm and consult with their schools or universities regarding the US’s new foreign student visa policy.

10 Chinese people have been arrested while trying to get into Lao Cai Province on July 27.

Hundreds of border guards, in addition to eight mobile teams, have been placed on duty around the clock to monitor 74 border checkpoints across major border routes in an effort to prevent future illegal border crossings.

Police in the central province of Quang Nam announced on July 27 that they have found a group of Chinese nationals staying at a beachside villa in Dien Duong ward, Dien Ban town, who are believed to have entered Vietnam illegally.

The recent detection of new local infections of COVID-19 has proved the efficiency of Vietnam’s communicable disease surveillance system, according to WHO Representative in the country Kidong Park.

Vietnam recorded an additional 11 COVID-19 cases connected to Da Nang Hospital on July 27 evening, raising the country’s total infections to 431, according to the National Steering Committee for COVID-19 Prevention and Control.