Hong, 61, is now a teacher of 45 disabled children in her centre.

Yen Nhi, a 14-year-old deaf and dumb female student who has learned at the centre since she was four, writes that her dream is to become a teacher to show children like her how to write as Hong did.

Dieu Ha, 12, a girl with autism, who was selected as the main dancer of the centre’s ongoing party said: “My dream is to become a dancer in the future.”

Phuong Thao, 16, who has mental retardation, has lived with Hong for eight years. She can now help Hong – the woman she calls "mother", to cook and take care of smaller children at the centre.

Tran Thi Xua, of the province’s Chu Prong District, who sends a child to the centre, said the children have started to learn how to write, read and speak at the centre.

Hong, who was born in the coastal central province of Quang Nam, graduated from a local college of early childhood education in 1980 and became a pre-school teacher.

“I felt touched and really wanted to spend the rest of my life teaching children with disabilities,” she said.

Then she moved to HCM City a year later despite her parents’ strong opposition.

“They did not want me to become a teacher of disabilities at that time because they worried that it would be a very hard job for me,” she said.

“But I told them I still want to do the job before I left for HCM City,” she said.

In 1999, she learned there was no centre to teach children with disabilities in the Central Highlands, so she knew where she needed to set up the centre.

Hong said initially, she borrowed a place belonging to a local church in Pleiku City to teach her students.

There were only two students at that time, she said.

At first, many parents did not believe that she could teach their children to write, read or make simple calculations.

However, after seeing the success of the first students, the parents believed in her.

She had to move to a new place, the rented house at No 57, Tran Nhat Duat Street, to accommodate all the new students.

“Teaching a normal child is hard and teaching a child with a disability is much harder,” she said.

“I have to apply different teaching methods for each child,” she added.

“And patience is the most important thing when you teach a child with a disability,” she said.

Many teachers have come to the centre to help Hong but most quit due to the difficulty of the work. Only one female teacher named Nguyen Thi Ngoc Lan, 56, of the city, still works with Hong.

Although the work was hard, Hong said she never thought of stopping.

“All the tiredness will disappear when I see the children’s smiles,” she said.

That was the motivation for her to do her work for more than 20 years, she said.

“My dream is to help the children with disabilities to live as happy a life as other children,” she said.  VNS

They all shared two things in common: they suffered from a disability and were members of a free class taught by Le Thi Hoa. 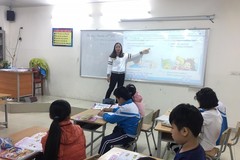 Teachers of English in Hanoi have been asked to attend an exam to assess their qualifications under IELTS international standards. 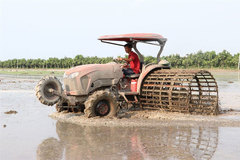 Farmers in the Mekong Delta province of Dong Thap are using agricultural machines for all rice cultivation processes on nearly 100 per cent of rice farms.