Two young technicians in HCM City have put the locations of 3,000 shops along with their phone numbers, and opening and closing times on an online map so that shoppers can find nearby stores more easily.

The map is built based on a database provided by the city's Department of Industry and Trade of 3,000 venues providing essential goods while the city is under social distancing restrictions.

Tuan said the full list of 3,000 shops in the city was shared with the public in an Excel file which made it very difficult to follow.

Tuan and Dat wanted to make it simple and easy to understand to help those struggling to find food stalls. Immediately after the department released the list the new friends spent time marking the map on Google Maps.

It took them only 36 hours to finish and upload at www.diembanhangthietyeu.com where it has been accessible since July 11.

During the social distancing period in HCM City, only essential services are allowed to operate. Users can search for shops selling essential goods in each district and ward on the map and receive suggestions on the easiest way to get there.

The map will save people time and reduce their chances of being exposed to the virus, Dat said.

Developing the map on the Google Maps Platform API, Tuan and Dat faced a number of challenges including restricted integration of Google Maps into the Vietnamese system.

“When we contacted Google to ask for help to increase the data limit, we were denied. In the end, we decided to pay an extra fee to quickly get the project done instead of waiting for Google's support,” Dat said.

After solving the Google Map Platform API problems, the young technicians encountered another challenge: how would they optimise the display for mobile phones?

After a considerable amount of time spent researching and programming they were able to overcome this problem.

“Since the website was launched, a lot of people have accessed it, mostly from mobile devices. That makes us very happy because we know that our efforts have been paid off and we can help everyone,” said Tuan.

“Users have reported to us that some shop locations are inaccurate or the opening and closing times are not accurate."

“In the information section of each shop, we have a box for reporting so that users can give their feedback on the location and other details. Our volunteers cross-check and double-check the information many ways to complete the data,” said Tuan.

Many users have contributed to making information on the website more accurate. Tuan said it was not only a project for helping people in the pandemic, he wanted it to become a humane project which spreads love and social responsibility among the community.

“Now it is a project of not only two people but many.”

“I think the current number of 3,000 essential goods shops remains quite humble if we look at the population density of HCM City.

“We hope to receive data on more shops from the community and businesses to add more locations to the map,” said Tuan.

In the future, the map's creators want to call for assistance from people who use the map every day.

“They will help us check inaccurate locations and make changes on the maps or report to us locations in lockdown."

“We will try to connect with goods suppliers or shop owners to update goods in stock at the shops so that users can check whether the shops have what they want or not and make a decision on going to that shop or choosing another,” he said.

The map will not only provide locations of essential goods shops but in the future, it will update users with locations of nearby pharmacies, venues selling face masks, venues offering free meals or zero dong markets for disadvantaged people. The data will be updated with the help of the city's Department of Industry and Traa added.

More southern provinces ban people from going out after 6pm

After HCM City, Vietnam’s largest pandemic hotspot, eight provinces in southern Vietnam, which have imposed social distancing, have asked local people not to go out after 6pm. 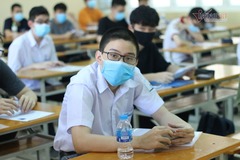 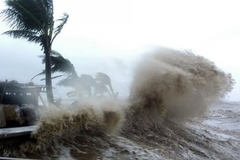 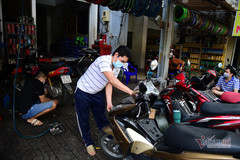