A third death has been confirmed following an accident yesterday in Quang Ngai Province.

The tragedy left two people dead at the scene, but another victim was rushed to the provincial General Hospital for emergency treatment.

The unidentified person arrived at the hospital at 8am with no vital signs, and although doctors were hopeful of saving the victim, they were unable to despite trying for four hours.

Ten others victims are in intensive care at the hospital, including one with head trauma.

The accident happened at around 7am yesterday in Đức Phong Commune, Mộ Đức District, when a 16-seat minibus collided with a container truck running in the opposite direction. The two people confirmed dead at the scene were the driver and a monk.

Apart from the driver, all the victims were members of the Bình Định Province Buddhist Association. — VNS 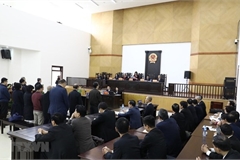 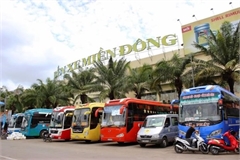