Three people in the central province of Ha Tinh died after getting an electric shock on Wednesday morning.

The incident happened at around 6 am at Loc Ha District’s Ich Hau Commune. 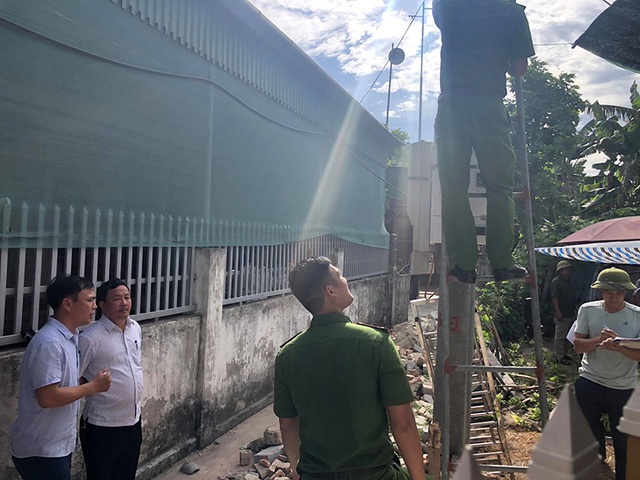 The area where the incident happened

According to Nguyen Son Quan, chairman of the commune, a local man was tying an awning into a nearby electric pole to avoid the sun for his house.

He then received an electrical shock and then fell onto the ground. Immediately, his wife and their neighbour came to save him, but they also died after receiving an electric shock.

The couple are poor and have five children.

An electric shock also killed a man in the southern province of Binh Duong on Tuesday afternoon.

An electric wire abruptly caught fire and dropped on Bui Huu Nghia Street in Thuan An Town where the man was standing to sell fish.

After getting the shock, he was unconscious. Despite being taken to hospital, he died just a short time after that. Dtinews