An unexploded bomb weighing up to 450 kilos has been found in the central province of Quang Binh.

The bomb was discovered by a group of workers at a clay pit in Phuc Trach Commune, Bo Trach District. 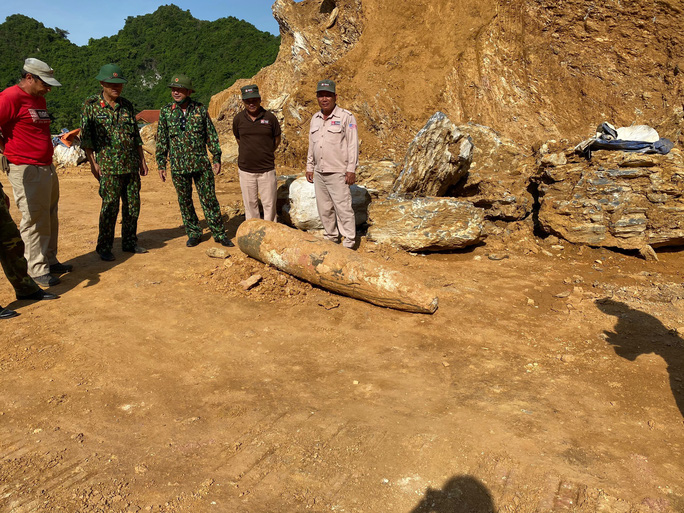 On August 28, local authorities co-operated with the Mines Advisory Group (MAG), a non-governmental organisation, to relocate the bomb to another place to detonate it successfully.

The 2-metre bomb appeared to be an MK83 made in the US and dropped in Quang Binh during the war.

A bomb weighing 200 kilos and another weighing 250 kilos, were recently found in the central province of Quang Tri.

According to the Ministry of Labour, Invalids and Social Affairs, around 6.1 million ha of land or 18.71% of Vietnam’s total area remains contaminated by some 800,000 tonnes of bombs, mines and unexploded ordnance, which is scattered over 63 cities and provinces in the country, with the central region the hardest hit.

The government aims to clear about 800,000 ha of bomb-and mine-polluted land during the 2016-2025 period, while calling for domestic and international resources for the implementation of the programme. Dtinews/NLD

A study conducted in Vietnam and some countries shows that minors are likely to be exposed to toxic challenges online. What should parents do to reduce the risks?

Light Up Blue for World Children’s Day is a global initiative. Many buildings in Vietnam's largest cities joined the initiative this year.

Video lessons made by outstanding primary school teachers identified by local education officials will be used by all primary schools in HCM City.

Ho Chi Minh City has submitted a proposal to the Ministry of Health allowing it to cut short the concentrated quarantine time for F0 cases to seven days.

A ceremony was held simultaneously at 8 am on November 19 in Hanoi and Ho Chi Minh City Nov. 19 to commemorate those who have lost their lives to the COVID-19 pandemic.

A number of famous doctors have recently had to pay a heavy price for their breaking of the Hippocratic Oath, which they recited at their medical school graduation ceremonies.

Even students in second and third grades have obtained many medals from international mathematics competitions.