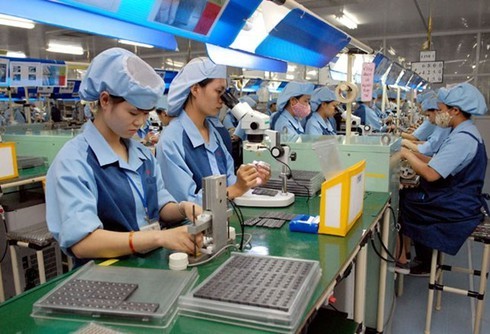 Last year alone, Vietnam ratified Convention 88 on Employment Service, Convention 159 on Vocational Rehabilitation and Employment for Disabled Persons, and Convention 98 on the Right to Organize and Collective Bargaining.

Convention 98 is the core document of the ILO concerning fundamental labor principles and rights and a crucial part of new-generation free trade agreements like the Comprehensive and Progressive Agreement on Trans-Pacific Partnership and the EU-Vietnam Free Trade Agreement, as well as Vietnam’s corporate social responsibility policies.

This year, the Vietnamese National Assembly approved a revised Labor Code with new stipulations to better ensure the rights of workers under international commitments on labor that Vietnam has signed and in line with Vietnam’s implementation of the CPTPP and the EVFTA.

Vietnam’s participation in ILO Conventions reflects its determination to eliminate forced labor, promote human rights, and honor the fundamental rights of citizens. It influences Vietnam’s external policies and international integration and demonstrates Vietnam’s political commitment to fulfill its obligations as an ILO member and in new generation free trade agreements.

ILO Deputy Director General Deborah Greenfield said “Vietnam has made recognizable achievements in revising its Labor Code in line with the 1998 ILO Declaration on Principles and Fundamental Rights in Labor, and has demonstrated a commitment to international labor standards in the context of global economic integration with Resolution 6 on international integration, Resolution 27 on salary policy reform, and Resolution 28 on social insurance policy reform.”

Head of the ILO Committee for International Labor Standards Corrine Vargha emphasised that the ratification of Convention 105 proves Vietnam’s strong commitment to eliminating forced labor in all forms, adding that by adopting Convention 105, Vietnam has shown that it is realizing the UN's Sustainable Development Goals for 2030”.

As Vietnam increases its international integration, its participation in international labor conventions will create a legal foundation for labor relations – a prerequisite for Vietnam's global competitiveness.