Vietnam Electricity Group (EVN) could face difficulties in its electricity supply in the coming time due to the shortage of water, coal and gas for power production.

EVN has issued an announcement calling on the public and businesses to save power amid the risk of electricity shortages. 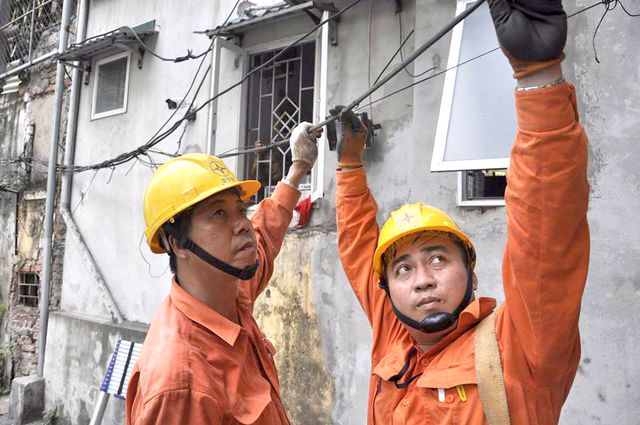 According to EVN, electric equipment should be used when necessary. Air conditioning should not be lower 26 degrees in order to help save power.

The group said that the prolonged hot weather had reduced water levels at its hydropower reservoirs. Meanwhile, the firm has continued facing the lack of coal and gas for power production.

Explaining the recent electricity price hike, EVN said that coal prices had increased 2-7% so far this year. The group still has to import more coal for power production as domestic sources fail to meet demand.

In addition, gas supply from Nam Con Son has decreased.

EVN has proposed the prime minister to instruct the Vietnam National Coal-Mineral Industries Holding Corp., Ltd. and Vietnam Oil and Gas Group to ensure the coal and gas supply respectively for its power projects.

Regarding a fire in Huong Thuy Town in the central province of Thua-Thien Hue, EVN reported that the incident had damaged around 1 kilometre of the 500k kV electric wires from Danang City to Ha Tinh Province.

However, the problem was quickly resolved. Dtinews

The Ministry of Public Security’s Traffic Police Department is studying changes to the current format of car registration plates, according to the department's deputy director Colonel Do Thanh Binh.

The border guard force have broken a large drug tracking ring in the north-western province of Dien Bien, arresting three suspects along with 144,000 pills of synthetic drugs and 12 cakes of heroin.