The Ministry of Agriculture and Rural Development has made plans to deal with the coming locust plague including using military and weather radars to detect the locus. 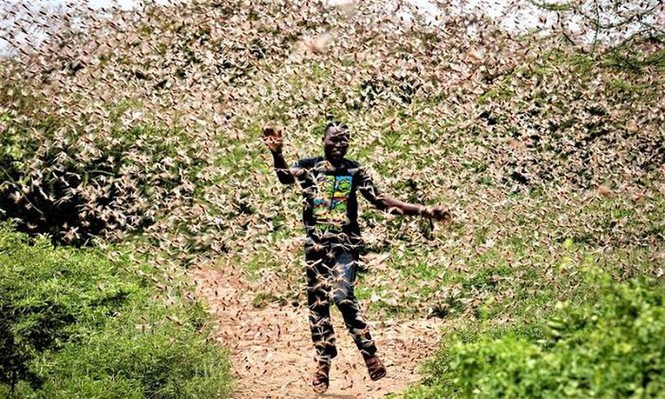 According to the ministry, locust plague has been in several countries in Africa, the Middle East and South Asia. They ravaged Pakistan and arrived in India in late May. There's a chance that they will cross India to arrive in Bangladesh, Myanmar, Laos, China and Vietnam.

Vietnam also needs an emergency plan if the locusts arrive in Vietnam without passing through previously mentioned countries.

The ministry suggested using military and weather radars to detect and monitor the locusts and prepare suitable pesticide spraying equipment for desert locusts. If the locust swarm is too widespread, a steering committee may be set up to mobilise the air force and chemical army branch to spray pesticide in places that are far from residential areas.

According to Food and Agriculture Organisation of the United Nations, millions of locusts were found to have covered 2,400 square metres of land in East African countries. They travelled at a speed of 13 km per hour and quickly destroyed the crops and threatened aviation safety. Up to 60 countries may be affected and one-fifth of the crops in the world will be damaged.

As of May 27, the locusts were still breeding and branching out.

Vietnam Ministry of Agriculture and Rural Development said a locust swarm could easily cover several kilometres and often travels with the winds. From afar, a large locust swarm looks like a black cloud moving at the height of 1,500 to 2,000 metres. Dtinews

The Ministry of Agriculture and Rural Development (MARD) is prompting preparations for the possibility of an invasion by desert locusts in the time ahead.

An invasion by desert locusts has hit large swathes of India and Pakistan in the middle of pandemic. 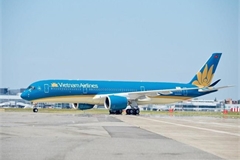 The Civil Aviation Authority of Vietnam (CAAV) has suspended 27 Pakistani pilots flying for Vietnamese carriers to check their licenses’ authenticity,