Young teacher builds robot for use in Covid-19 treatment area

Recently, the Can Tho Tuberculosis and Lung Disease Hospital received a Covid-19 patient, a woman aged 37. She flew from the Philippines to Can Tho on August 18. 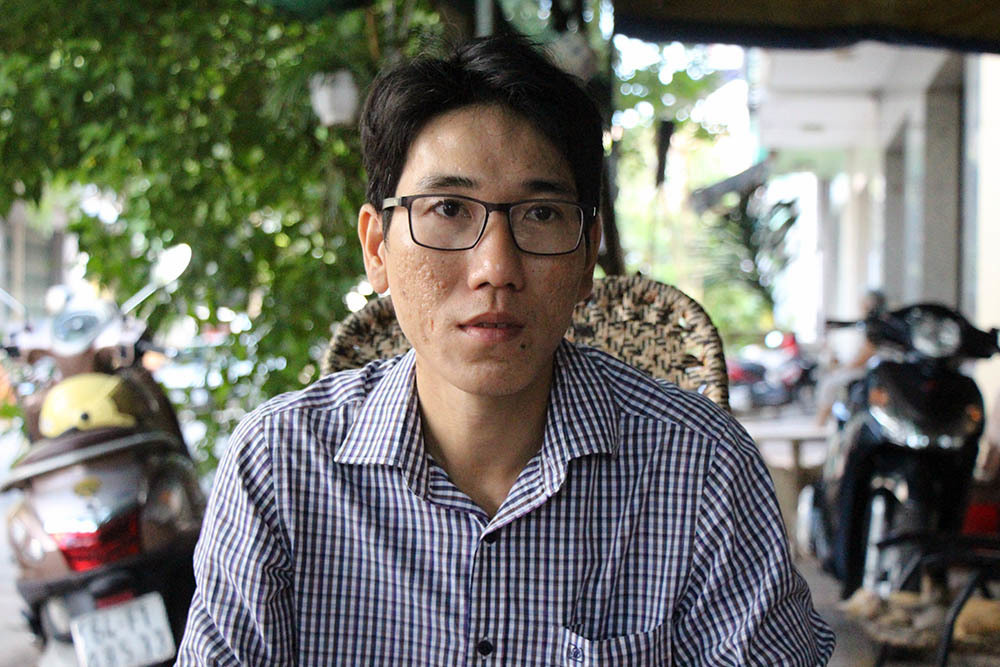 Tran Hoai Tam, the creator of the robot

The daily work of delivering essential goods, food, and medicine from the outside to the patient's room is done by a robot. Medical staff just need to control the robot via smartphone.

The creator of the robot is Tran Hoai Tam, 34, a lecturer at the Mechanical Engineering Faculty of the Can Tho University of Technology and Engineering.

Tam was a physics student at the Ly Tu Trong High School for the Gifted in Can Tho City. After finishing high school, Tam enrolled in the Mechatronics Faculty of Can Tho University to fulfill the dream he cherished in childhood.

In March, during the social distancing period, Tam gave lectures online to his students, and had more free time. When the Can Tho Tuberculosis and Lung Disease Hospital contacted him and ordered a robot to serve the Covid-19 treatment area, Tam accepted immediately.

“I understand that physicians have to work very hard and I want to share their difficulties and contribute to the fight against coronavirus. I set to create a robot,” he said.

It took Tam three weeks to design and create the robot. The cost is VND14 million.

“Building this robot is my expertise: mechatronics and automation control. The experiences accumulated during teaching and researching helped me a lot,” Tam said.

However, as he had to order the materials, especially engines, from suppliers in HCM City and Hanoi, he had to wait for deliveries, so it took time to complete the robot.

The robot invented by Tam has two parts - mechanical and control circuits, which include signal lights, camera and wifi transmitter. It can be controlled in two ways, either via remote control or mobile phone (via wifi transmitter mounted on the robot).

The robot can move at the speed of 5 kilometers an hour. It uses energy from a battery which needs to be recharged after five hours of use.

Many traditional markets in HCM City are paying more attention to COVID-19 prevention, but some small traders and local residents are not taking necessary precautions.

Director of Hanoi Department of Education and Training Chu Xuan Dung talks about the city’s preparations for the new academic year in the context of the COVID-19 pandemic.