In 2018, Vinafood 2 was equitized with the state holding 51.43 percent of charter capital, and the strategic shareholder T&T Group holding 25 percent and other shareholders 23.57 percent. 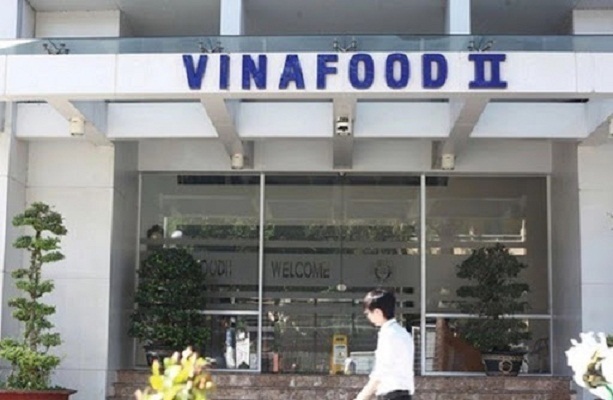 Vinafood 2 had been incurring loss until equitization. The situation did not become better after equitization despite the presence of the strategic investor. The corporation took a loss of VND43 billion in Q2 2020. By the end of H1, Vinafood 2 had incurred z loss of VND160 billion, raising the accumulative loss to VND2.188 trillion.

Explaining the unsatisfactory business result, VInafood 2 attributed it to changes in rice import policies of the countries that are Vinafood 2 clients.

The countries haf set up more barriers to protect domestic production. Besides, the government’s decision on stopping rice exports for a certain time led to aa drop in exports.

Meanwhile, experts, when commenting about Vinafood 2’s operation after the equitization, said the corporation is like ‘old wine in a new bottle’, i.e. though Vinafood 2 has been equitized and operating as a joint stock company, it is still has a high state ownership ratio.

With the high ownership ratio, the state, as the biggest shareholder, is still holding the decision-making power. This explains why there have been no changes in corporate governance.

The experts warned that if the governance mechanism doesn’t change, the corporation will continue taking a loss, which could cause the state and shareholders to lose their capital.

Song Hong JSC is another equitized enterprise. A report from the Ministry of Construction showed that the enterprise, equitized in 2010, has been going downhill in the last few years.

The enterprise reported the loss of VND67 billion in 2019 and the accumulative loss of VND958 billion. Its stockholder equity was minus (-) VND651 billion at the end of 2019.

In 2018, the holding company of Song Hong JSC had revenue of VND213 billion, but its cost was high at VND589 billion, so it took a loss of VND376 billion.

An expert commented that one of the aims of equitization is to improve production and business, but if the state still holds the controlling stake, this is impossible.

If problems still exist, not only will enterprises suffer, but the whole economy will also be affected. In the case of Vinafood 2, for example, as the big rice trader met difficulties, this affected rice production, exports, farmers’ lives and the nation’s food security.

The Ministry of Planning and Investment (MPI), in its draft SOE governance plan, commented that the agencies representing enterprises’ owners still don’t pay appropriate attention to the protection of minority shareholders, which can be seen in the lack of specific regulations on the methods and tools to implement equal treatment to minority shareholders in the SOEs they are assigned to manage, except the state’s general regulations.

According to the ministry, the shift from 100 percent state owned enterprises into joint stock companies gives good conditions to apply corporate governance standards.

However, equitization has been going slowly, which is partially attributed to the weak determination to implement equitization plans.

When facing problems in enterprise appraisal, debt settlement or land use rights, officials dare not make decisions themselves, but consult with other agencies, which takes a lot of time.

“The concern of the officials is so serious that they will accept criticism on being slow in making decisions, rather than make decisions without consultation with relevant agencies,” an expert said.

Meanwhile, the current regulations on disciplining the leaders for slowing down enterprise equitization are still not clear.

Ngo Tri Long, former director of the Institute for Market and Price Research, warned that if the state doesn’t have a specific mechanism to solve the existing problems to speed up divestment, it will incur bigger losses.

He went on to say that the tardiness in equitizing enterprises will lead to the feeling of insecurity of the leadership and workers, thus directly affecting business efficiency.

If Vinafood 2, Song Hong and other enterprises cannot solve their problems soon, not only their strategic shareholders but the state and thousands of workers will also suffer.