Investors of solar power projects are concerned that they may fail to connect to the national grid and this be able to enjoy the preferential FIT (feed in tariff) of 7.09 cent per kwh. 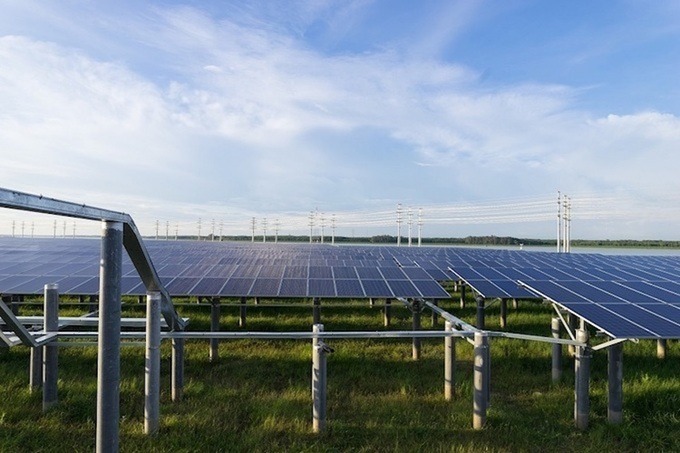 Under current regulations, the price is only applied to projects which become operational and connect to the national grid no later than December 31, 2020.

According to Nguyen Huu Vinh from Ha Do Group, which is implementing a 50 MW solar power project in Ninh Thuan province, the developer initially planned to connect to the national grid this July. However, he fears the plan may fail because the execution of the Thap Cham – Ninh Phuoc transmission line has not been completed.

He has heard that the project will be completed no sooner than September.

Similarly, Sao Mai Group, the developer of a 104 MW power project, initially planned to connect to the grid by the year end, but the project upgrading the Tinh Bien – Chau Doc transmission line is expected to be completed 2-3 months later than expected.

Ho Manh Dung, representative of Sao Mai, said the power generation project will face difficulties if the transmission line cannot be set up as scheduled.

The other big problem of the project is that foreign specialists still cannot fly to Vietnam to examine the equipment installation because of travel restrictions due to Covid-19. If appropriate agencies don’t help settle the problem, the investor will fail to put the power plant into operation by the end of the year to enjoy the preferential FIT.

Sao Mai has asked Electricity of Vietnam (EVN) to help investors overcome the current difficulties by urging EVNSPC to speed up the execution of the Tinh Bien – Chau Doc transmission line and request that the government to extend the validity of the preferential FIT.

According to the Electricity Regulatory Authority of Vietnam (ERAV), a series of electricity transmission projects have been put into operation recently, helping minimize the reduced capacity and maximize solar power capacity.

In Ninh Thuan and Binh Thuan, as power supply has been overly high at times, ERAV has had to reduce the mobilization of hydropower capacity to avoid overloading the transmission line. This means that the regulatory unit is trying to optimize the mobilization of solar power.

A representative of ERAV said that renewable energy plants (solar, wind) are a higher priority than traditional power plants in providing electricity to the grid.