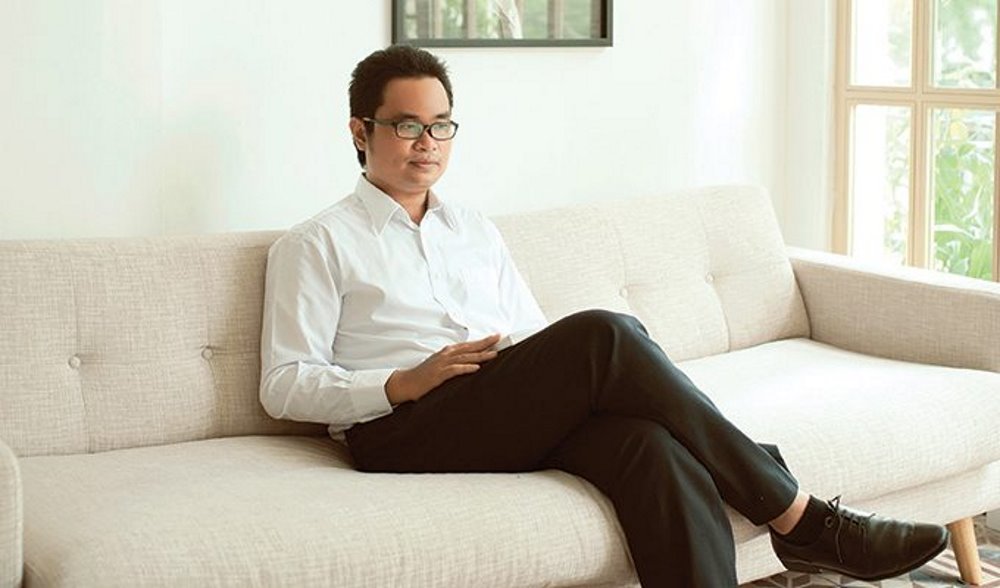 A lot of measures have been taken to keep hat boi alive and introduce it to younger generations, but the achievements remain modest.

At the first performance, lasting 60 minutes in the Saigon Innovation Hub (SIHUB), young people watched hat boi with passion, while professionals highly appreciated the application of technology in the art.

As young people now have many choices for entertainment, the traditional arts such as hat boi are becoming a thing of the past. Some theatres and artists have cherished the hope of renewing hat Boi, but have not succeeded.

As a young man who loves Vietnamese culture, Phan Khac Huy understands what young people need. He decided to work on the Echoing drum show which caught the attention of SIHUB.

Explaining the name of the project, founder Phan Khac Huy said the drum is important, not only in the play but in the life of the ancients. The drum marks the beginning, resounding and catching attention.

During the 60 minute show, the audience sees the history of hat Boi, when it took shape and its heyday in the last century. The show is elaborately choreographed.

In addition to plays performed on the stage, Echoing the Drum has also developed another version utilizing technology. Huy believes this method will help young people approach hat boi.

With the app created by Huy and co-workers, audiences can learn about the play, thus having better understanding about the traditional art.

“We developed software integrated with AI to serve the audience’s interactions. When the audience uses smartphones and puts in the actor’s face, the software will automatically identify the names of characters and related information,” Huy explained.

The AI integrated into the app learns about the plays and actors to give accurate information when required. AI is also used to develop the content of the app.

A social network site geared towards lovers of food is proving popular since its launch in Vietnam.