VietNamNet Bridge – New faces have appeared holding the key positions at state-owned banks and at banks in which the State holds a  controlling stake.

VietNamNet Bridge – New faces have appeared holding the key positions at state-owned banks and at banks in which the State holds a  controlling stake. 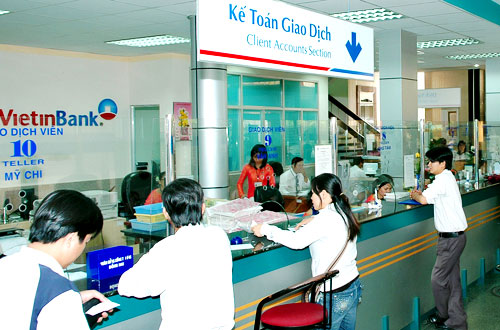 The decision was the final step in the central bank’s program on renovating the leadership of the bank. Under the program, Thanh in early November was appointed as the chair of the board of directors in 2013-2018 to replace Nguyen Hoa Binh, who retired, and Dung was put in the position of CEO, which was formerly Thanh’s.

VietinBank also released many decisions related to the changes in the bank’s personnel at its shareholders’ meeting in late April 2014.

Meanwhile, Governor of the State Bank Nguyen Van Binh, at the National Assembly’s session in late September, said that the bank has replaced the entire leadership of Agribank, whose high- ultima ranking managers were arrested recently because of allegations of violations causing serious consequences.

Observers noted that Agribank’s board of management comprises "completely new faces”. Trinh Ngoc Khanh has been appointed as the bank’s chair, after two years of the post vacancy.

The observers also noted that Agribank has two more deputy CEOs and members of the board of directors who once held important positions at the State Bank of Vietnam.

As such, in 2014 alone, the financial circle witnessed big changes in high-ranking leadership of three of the five state-owned banks.

The State Bank, in a report to the National Assembly, said that it is working out plans to restructure the two other banks, including BIDV and Mekong Housing Bank.

Analysts said the previous bank managers have been replaced by young faces of around 40 years of age who have good working experience.

They also noted that appointing new personnel is part of the banks’ restructuring process. In the case of Agribank, Binh from the central bank said the restructuring plan would be implemented in accordance with eight component projects.

Fitch Ratings has recently upgraded the Long-Term Issuer Default Ratings (IDRs) and Support Rating Floors (SRFs) of Agribank, and Vietinbank from ‘B' to ‘B+'.