The State Capital Management Committee has revealed reports from 19 state-owned groups and corporations which showed that they are losing some VND279.76 trillion (USD12.16 billion) in revenues this year due to the Covid-19. 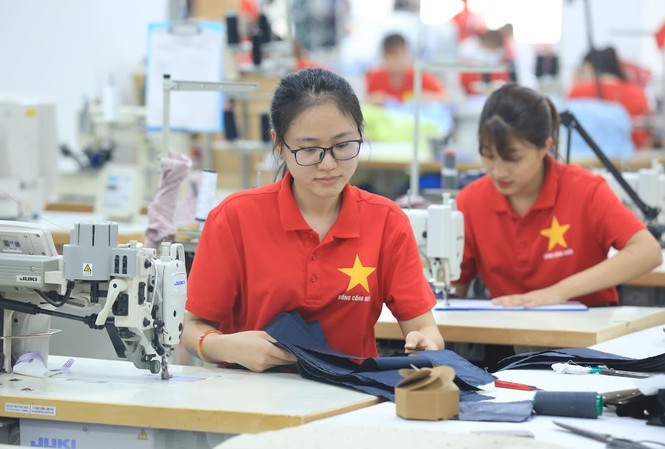 The Vietnam National Textile and Garment Group is facing difficulties in getting new orders or exporting the finished products due to the virus outbreak.

According to the reports, the eight largest groups in different fields are estimated to face losses of over USD1.1 billion if the epidemic continues.

In the first quarter of this year, the Vietnam National Petroleum Group (Petrolimex) made only VND28.45 trillion in revenue, a fall of VND1.7 trillion compared to the same period last year. This was attributed to the continuous oil price falls due to the Covid-19 pandemic.

Despite efforts, the group incurred losses of VND572 billion in the first quarter and these are forecasted to amount to VND1.1 trillion.

“As the epidemic is still complicated and flights, boats and passengers buses are all suspended, we have a large inventory, which has largely affected our production and business," Petrolimex said.

According to the group's leaders, the virus outbreak has badly affected their business, which can result in a fall of VND2.2 trillion and VND1.8 trillion (48%) in revenues and profit, respectively against their plan for 2020.

The Vietnam National Coal and Mineral Industries Group also reported a fall of about VND1 trillion in revenues in the first quarter. The group will face a shortage in materials supply if the epidemic lasts long.

The Vietnam National Coffee Corporation (Vinacafe) which already made losses in the past two years of 2018 and 2019 will surely see more losses this year.

According to Vinacafe, they are facing difficulties in export even the prices have fallen to their lowest in 15 years. The group reported a loss of VND25 billion in the first quarter of 2020.

The State Capital Investment Corporation said that 81 out of 145 state-owned enterprises that they are managing have reported negative impacts from the Covid-19 pandemic. Of the number, 35 enterprises have been badly affected including the Vietnam National Textile and Garment Group which has a large number of employees while being unable to get new orders or export the finished products.

The Government has asked the Ministry of Planning and Investment to build a project on developing large-scale State-owned enterprises (SOEs) to promote their role in the country’s socio-economic development.