Steel manufacturer has $1.1 billion thanks to huge public investment package

Strong cash flow to the stock market, a VND700 trillion package for public investment, and high demand for ingot steel from China have all helped billionaire Tran Dinh Long pocket more money despite the Covid-19 crisis.

According to the Vietnam Steel Association (VSA), Vietnam is the only ASEAN country expected to obtain positive GDP growth in 2020. The government has been trying to accelerate public investment to boost economic development. 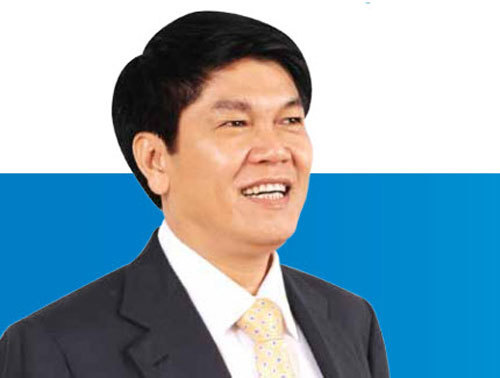 This will bring great opportunities to steel manufacturing companies. VSA estimated that in July alone, 2.1 million tons of steel were produced, an increase of 7.7 percent over the year before and the same as July 2019.

The HPG share price soared from VND13,300 per share on March 27 to VND24,350 per share on August 18. This helped Long’s stock asset value increase by hundreds of million of dollars to $1.1 billion, according to Forbes.

According to Bao Viet Securities, the VND700 trillion public investment package is hoped to create motivation for construction activities from 2021. Meanwhile, input materials for steel manufacturing, such as coal and flat steel billets, are on the decrease, which will ensure high profits for manufacturers.

Earlier, analysts had predicted that 2020 would be a prosperous year for the steel industry with opportunities from CPTPP and EVFTA.

At the HPG annual shareholders’ meeting, its managers said the consumption of structural steel in the domestic market may decrease, but that ingot steel exports are expected to increase sharply. The exports can bring profit of VND300,000-1 million per ton.

Covid-19 has forced manufacturers to consider restructuring the value chain, according to Sunny Hoang Hoa from Savills HCM City. Vietnam is expected to benefit from the trend.