The VN Index has dropped from 1,025 points to below 960 while investors complain their accounts have undergone big losses. 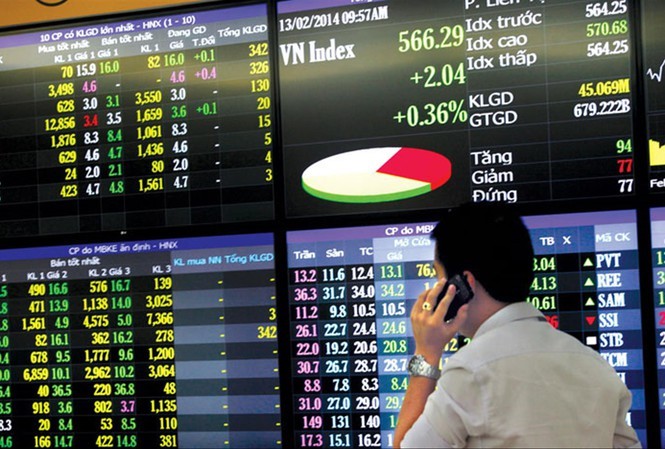 Dao Tuan Trung from VietinBank Securities estimated that only 5 percent of investors in Vietnam can make a profit, while the remaining 95 percent either take a loss or break even. The figures show that it is more and more difficult to seek short-term profit in the market.

In fact, investors only took a loss when the VN Index corrected. They began taking a loss in late October and early November, when the market was bustling.

Analysts said this is understandable, because the VN Index increased mostly thanks to increases of the shares with high capitalization value. Meanwhile, most other shares saw prices decrease.

With the spells of correction which occurred later, many shares continued falling in price. Even the investors holding bluechips also suffered.

Of the three trading sessions in early December, one saw the VN Index increasing and two sessions saw a decrease, prolonging the spell of decreases commencing from November 8.

According to Bao Viet Securities, the VN Index needs to exceed the resistance zone of 990-995 points to break the short-term downtrend.

With foreign cash stay in Vietnam?

Tran Duc Anh from KB Vietnam Securities said the average stock price in Vietnam has come back to the relatively safe zone in comparison with 2017-2018, especially when listed companies continue expanding their business thanks to favorable macroeconomic conditions. This is an important reason for investors to increase the proportion of stocks to the higher average level.

According to Maybank Kim Eng Securities, the picture about the business performance of listed companies in Q3 had many bright parts.