Storm Saudel, which has gained strength overnight October 22, is heading toward central Vietnam and is expected to bring heavy rain to the region this weekend.

At around 10.00am October 22 Saudel, the eighth tropical storm to hit the East Sea this year, was located about 390km east of the Hoang Sa archipelago, packing winds of 100-115kph near its eye.

In the next 24-48 hours, the storm is moving west and north-west at speeds of 10-15kmph and is forecast to strengthen further.

In the following 72 to 96 hours, Saudel is anticipated to move west at speeds of between 20-25km and make landfall shortly afterwards.

Weather forecasters have warned residents living along the central coast to prepare for high waves and possible flooding again.

The previous two storm, Noul and Nangka battered central Vietnam about two weeks ago, triggering flashfloods and landslides in low-lying and mountainous areas. The natural disasters have so far left more than 100 dead and dozens missing.

Storm Saudel, the eighth to hit the East Sea so far this year, is moving west-northwest with a speed of about 10km per hour and is forecast to gain strength, according to the National Centre for Hydro-Meteorological Forecasting.

As of 4am of October 22, the storm was about 470km east of Vietnam’s Hoang Sa (Paracel) archipelago, with winds of up to 100km per hour.

According to Director of the National Central for Hydro-Meteorological Forecasting Mai Van Khiem, the storm will affect Vietnam. However, due to many factors leading to the changing of its direction, it is difficult to predict affected areas.

Experts warned vessels operating at sea to keep a close watch on the storm’s movements to timely escape from risky areas./.VNA

The Republic Korea (RoK)’s Ministry of Justice announced on May 19 the issuance of tourist visas for international travelers, including Vietnamese visitors. SSC officials disciplined in move to ‘clean’ the stock market

The Central Inspection Commission has announced the expulsion of Le Hai Tra, General Director of the HCM City Stock Exchange (HOSE), and has disciplined a number of leaders and former leaders of the State Securities Commission (SSC).

Athletes scored 22 more golds for Vietnam on May 19, helping the hosts to maintain their top place in the medal table and exceed their set target of winning 140 gold medals. 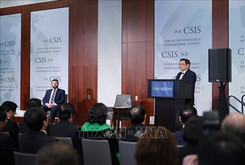 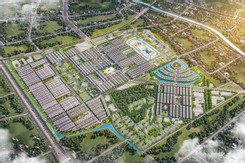