There are positive signs about investment flow from the US. Ford has decided to increase its production capacity in Vietnam by making additional investment in an assembling factory in Hai Duong, while General Electric has increased capital for a wind turbine plant in Hai Phong. 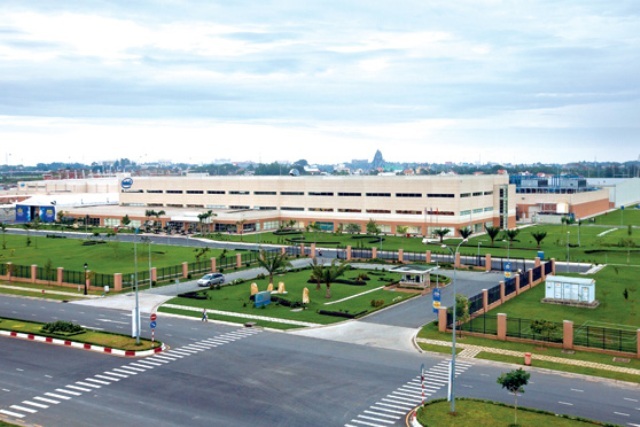 The government of Vietnam has allowed the AES energy group to implement the LNG project in Son My. A representative of the US-ASEAN Business Council said many technology firms in Silicon Valley are considering relocating their electronic appliance manufacturing to Vietnam, either under the mode of FDI, or through third parties.

However, the US, though Vietnam’s largest export market, is still not a large investor in Vietnam.

Vietnam-US trade reached $60 billion in 2018, and the US FDI in Vietnam hit the $9 billion threshold. However, the figure is small compared with the $300 billion worth of US annual outward investment capital.

In 2012, the US committed $224 million worth of FDI in Vietnam, ranking 16th among the biggest foreign investors in Vietnam.

According to FIA (Foreign Invetsment Agency), in the first four months of the year, the US had 101 deals making capital contributions or buying into Vietnamese enterprises with total capital of $68.57 million. It had only 37 FDI projects licensed, totaling $25.5 million, during the same time.

Tran Du Lich, a respected economist, said Vietnam won’t receive much capital flow from the US if it doesn’t have a good institutional regime. The institutional and policy incompatibilities between Vietnam and the US are why FDI from the US to Vietnam has been low for many years.

Vietnam still needs to entice more capital from the US, or it will miss a great opportunity. It has to compete with other countries, including Indonesia, Malaysia, the Philippines and Thailand, in attracting investment from the US and Europe.

Policy Times reported that 27 US companies will relocate their factories from China to Indonesia in the time to come. India has lowered the corporate income tax from 25 percent to 17 percent, one of the lowest tax rates in Asia, to entice FDI to the country.

Vo Dai Luoc, an economist, said Vietnam should not give the same investment incentives to all investors, but offer preferences to those investors who will commit to bring high technology to Vietnam and transfer technology. This will allow Vietnam to lure high-quality capital, but the FDI will not affect the development of Vietnamese enterprises.