Hai, a chemistry major at Tran Phu High School for the Gifted, got 10/10 for chemistry and mathematics, and 9.75 score for physics. 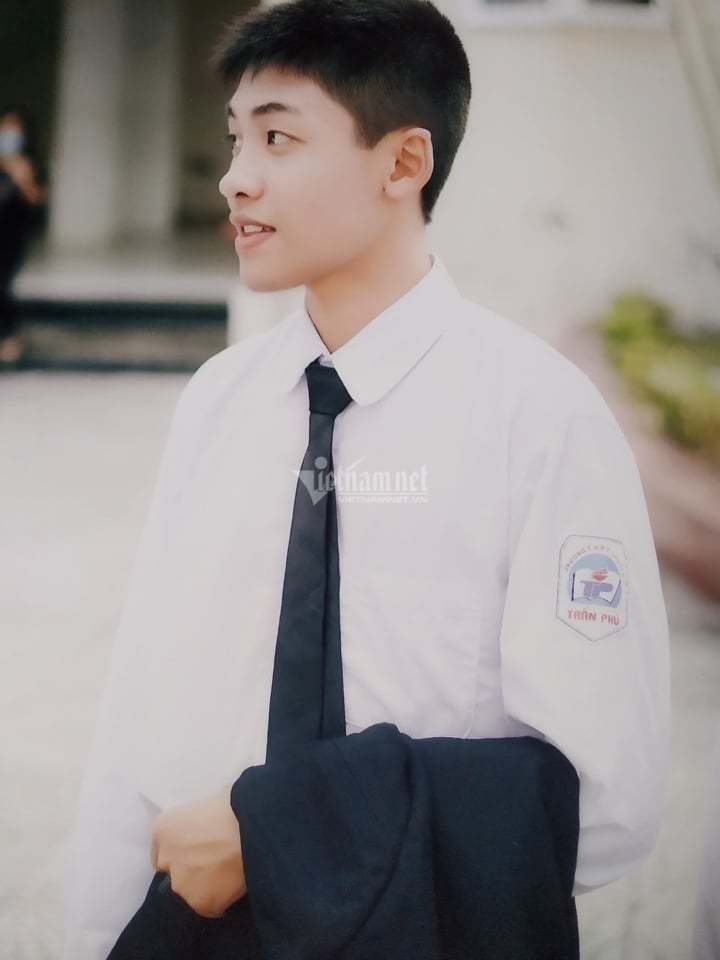 A-group tests include mathematics, physics and chemistry tests. The results of the tests are used to apply for majors related to natural sciences, technology and economics.

This means that Hai made only one mistake in the three tests. The result of 29.75 score was not a surprise to him because he knows he gave the right answers to most of the questions after leaving the exam room.

“It is great. However, coming first among A-group students I never considered,” he said.

Modest about his achievements, Hai said this year’s exam questions were easier than last year. He said after solving all other questions, he spent 40 minutes just to deal with the last question on the math test and he finally found the answer in the last minutes.

Hai also got high scores for other exam subjects, including 7.5 for biology, 8 for foreign language and 6.75 for literature.

Prior to that, Hai got the highest score (9.73) at the aptitude test organized by the Hanoi University of Science and Technology which gathered 5,000 examinees.

Nguyen Thi Doan, his mother, was very happy hearing about her son’s achievements.

“I am excited about his exam results. I still cannot believe that he was first at the exam,” she said.

Hai did not say anything to his mother after finishing the math test. After he finished the chemistry test, he said that he was just not sure about one question in physics.

Asked about his learning method, Hai said he always concentrates in class and tries to understand the lessons there. He also read more documents on internet to better understand the issues.

“To prepare for the high school finals, I had to learn from 8 pm to 1-2 am every day,” he said. “However, on some days just before the exams, I went to bed earlier to ensure the best health conditions for the exams."

Hai is a member of many groups of students who exchange knowledge and experiences on internet.

“There’re many ways to improve your knowledge, not just through books,” he explained. “The students of the groups are from different cities/provinces throughout the country."

Hai will apply to be a computer science major at the Hanoi University of Science and Technology.

VNN will introduce other students who placed first in their groups of exams in following stories.