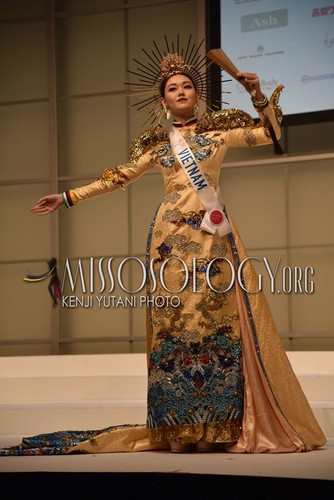 Vietnamese entrant Tuong San appears both powerful and confident whilst wearing an Ao Dai, a traditional long dress, that features yellow as its key colour.

Tuong San is a 19-year-old who stands at 1.71 metres tall with measurements of 82-62-95. She is currently a student at RMIT University Vietnam.

Along with the Vietnamese representative, 82 other contestants put their wonderful costumes on display, showcasing a range of fascinating national cultures during the event. Here, Miss Philippines appears in a brown suit. 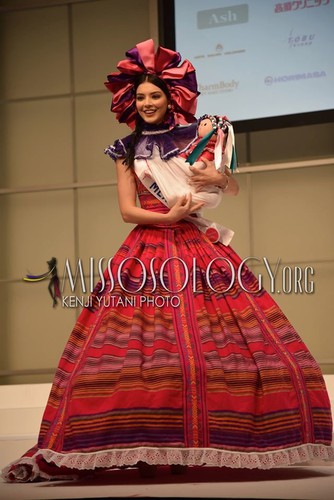 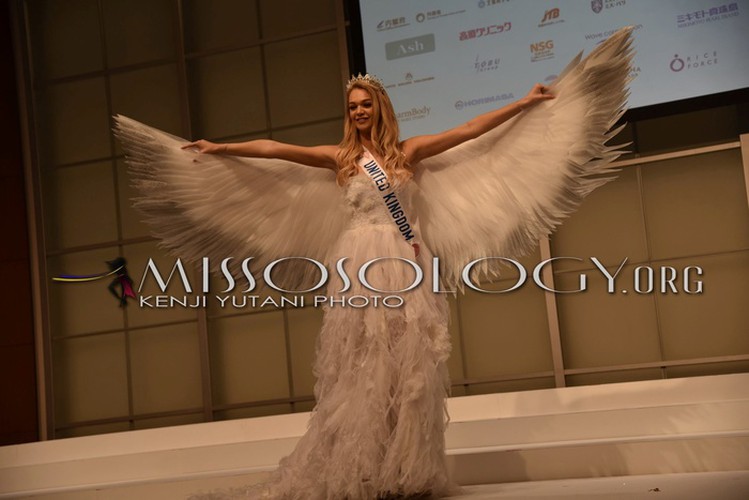 The UK representative dazzles whilst in a white national costume that features angel wings. 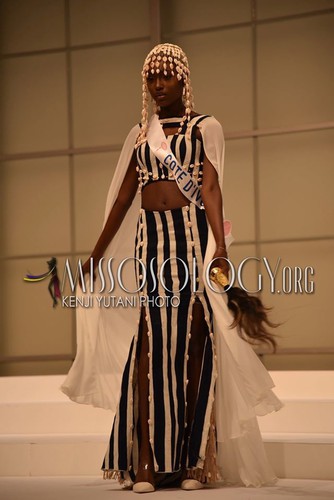 The Ivory Coast’s contestant wears a black and white outfit on stage. 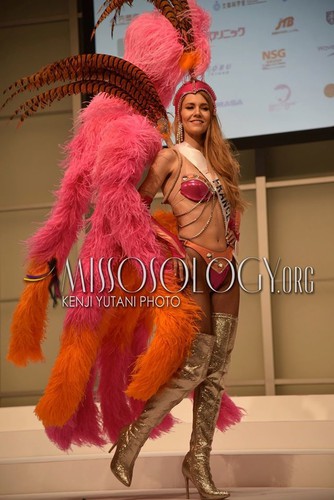 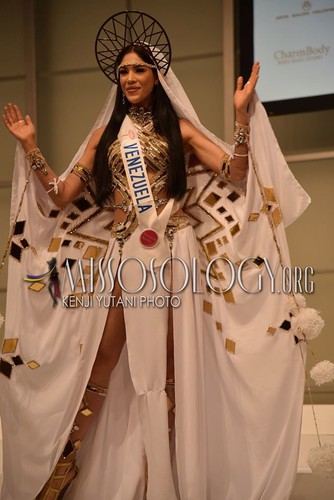 The entrant from Venezuela displays an outfit which takes inspiration from the ethnic cultures of her home country. 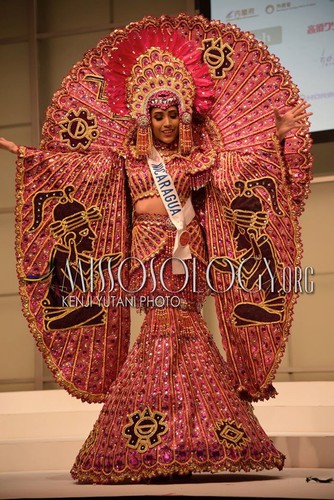 Miss Nicaragua impresses viewers whilst in a meticulously designed outfit. 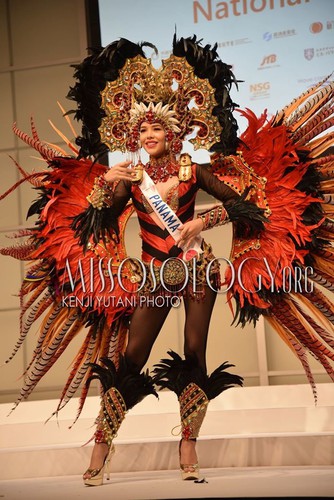 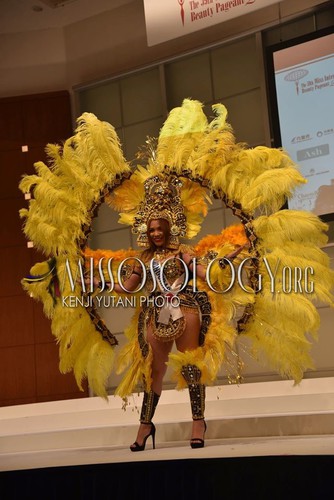 The representative from Honduras puts on a good performance. 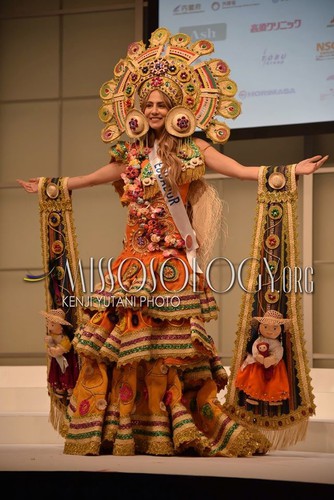 Miss Ecuador in an eye-catching costume 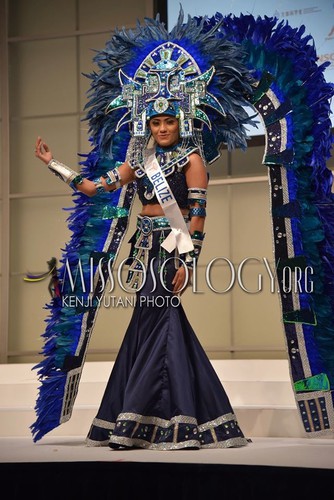 Miss Belize wears an outfit with a unique head piece. 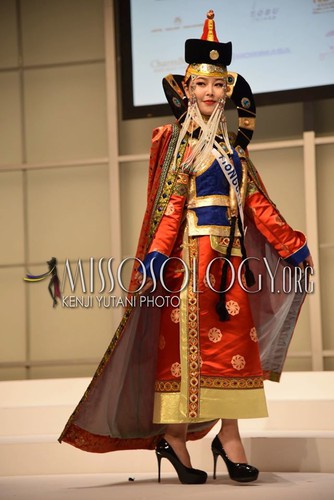 Miss Mongolia takes to the stage. 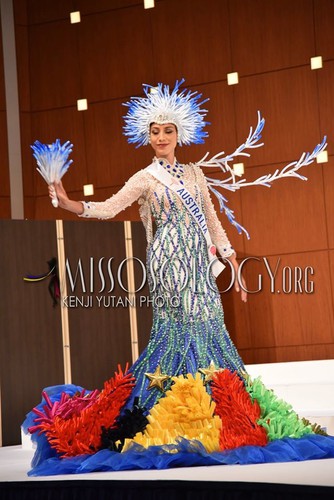 A costume that takes inspiration from the sea is worn by the Australian contestant. 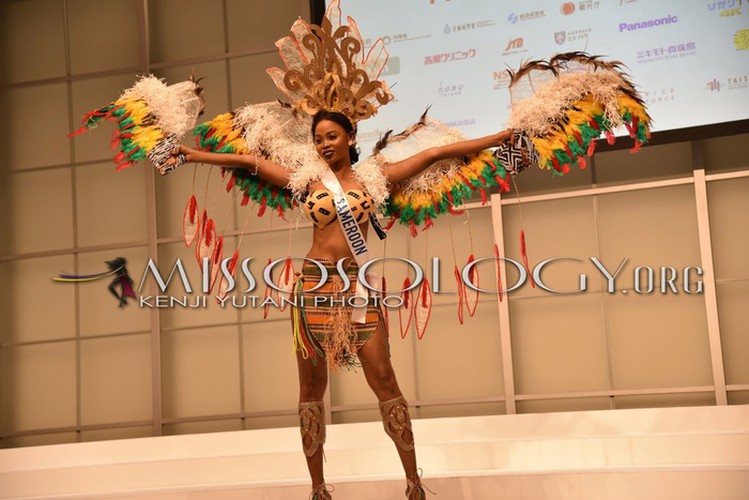 The entrant from Cameroon performs in a wildlife inspired costume whilst on stage. 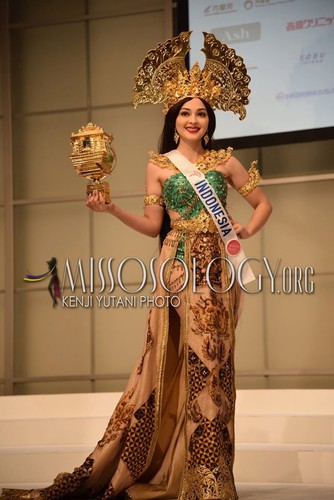 The Indonesian girl appears charming in her national costume. 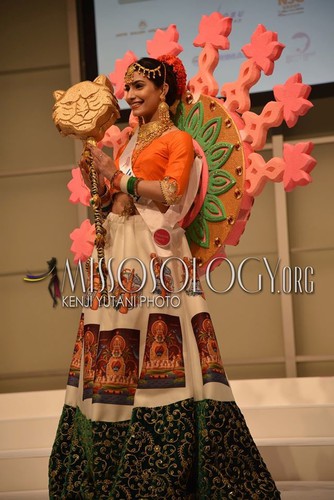 The Indian representative puts in a good performance. 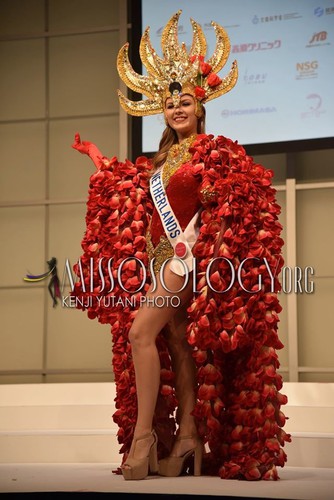 The entrant from the Netherlands shines whilst in a red outfit.