Stunning view of Phu Quoc island from above

Located in Phu Quoc district, Kien Giang province, Phu Quoc island is the largest tourist island in Vietnam. Dubbed as a pearl of the country’s southwest sea, Phu Quoc is popular amongst both domestic and international visitors.

Phu Quoc has 22 large and small islands of which the largest Phu Quoc island has an area of 567 s.q.km (56,700 hectares) and is 50 km long. The gently-sloped natural terrain runs from north to south with 99 hills and mountains, and a large area of primeval forest.

There are a number of tourist sites on the island including Duong Dong, Duong To, An Thoi, Ham Ninh, and Rach Vem, plus beautiful beaches such as Vong, Khem, and Sao.

In addition to its alluring natural landscape, the island is also well known for religious and historical sites, namely Ham Long and Ho Quoc pagodas and Phu Quoc prison, a shining symbol of the outherners’ revolutionary heroism.

In 2006, Kien Giang biosphere reserve, including Phu Quoc island, was recognised as a World Biosphere Reserve by the United Nations Educational, Scientific, and Cultural Organisation (UNESCO).In recent years, Kien Giang provincial authorities have made proper investment in developing restaurants, hotels and tourist products and services to better serve visitors while being active in attracting investors in order to boost tourism.

The local authorities have also spent trillions of Vietnamese dong in upgrading the transport system in order to connect the district island with other tourist sites.

In addition, from 15 to 20 flights take off every day linking Phu Quoc and Hanoi, Ho Chi Minh city, Hanoi Phong, Can Tho and Rach Gia.

A charming sunset at An Thoi wharf. 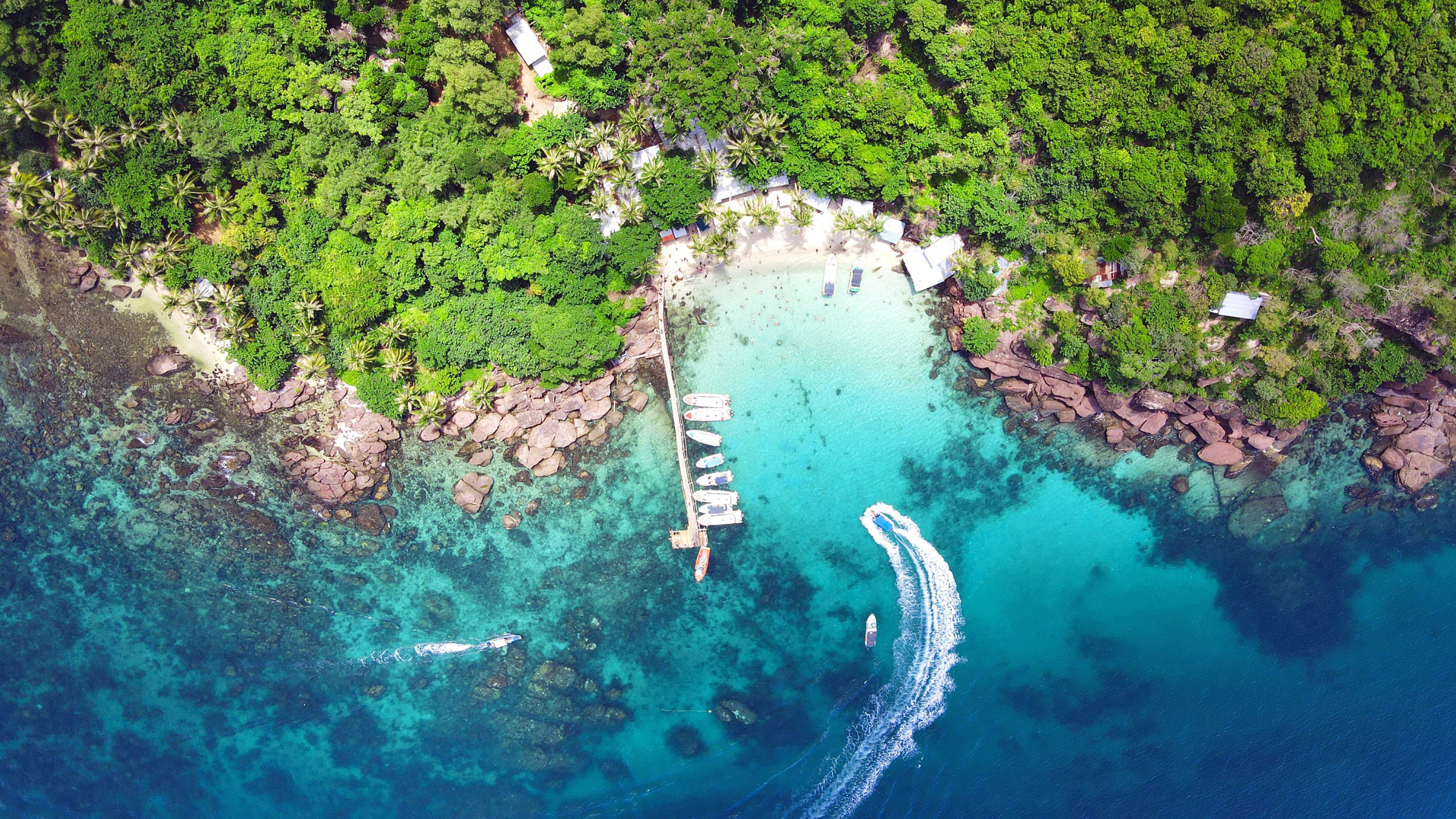 May Rut islet with its marvellously crystal clear blue seawater. 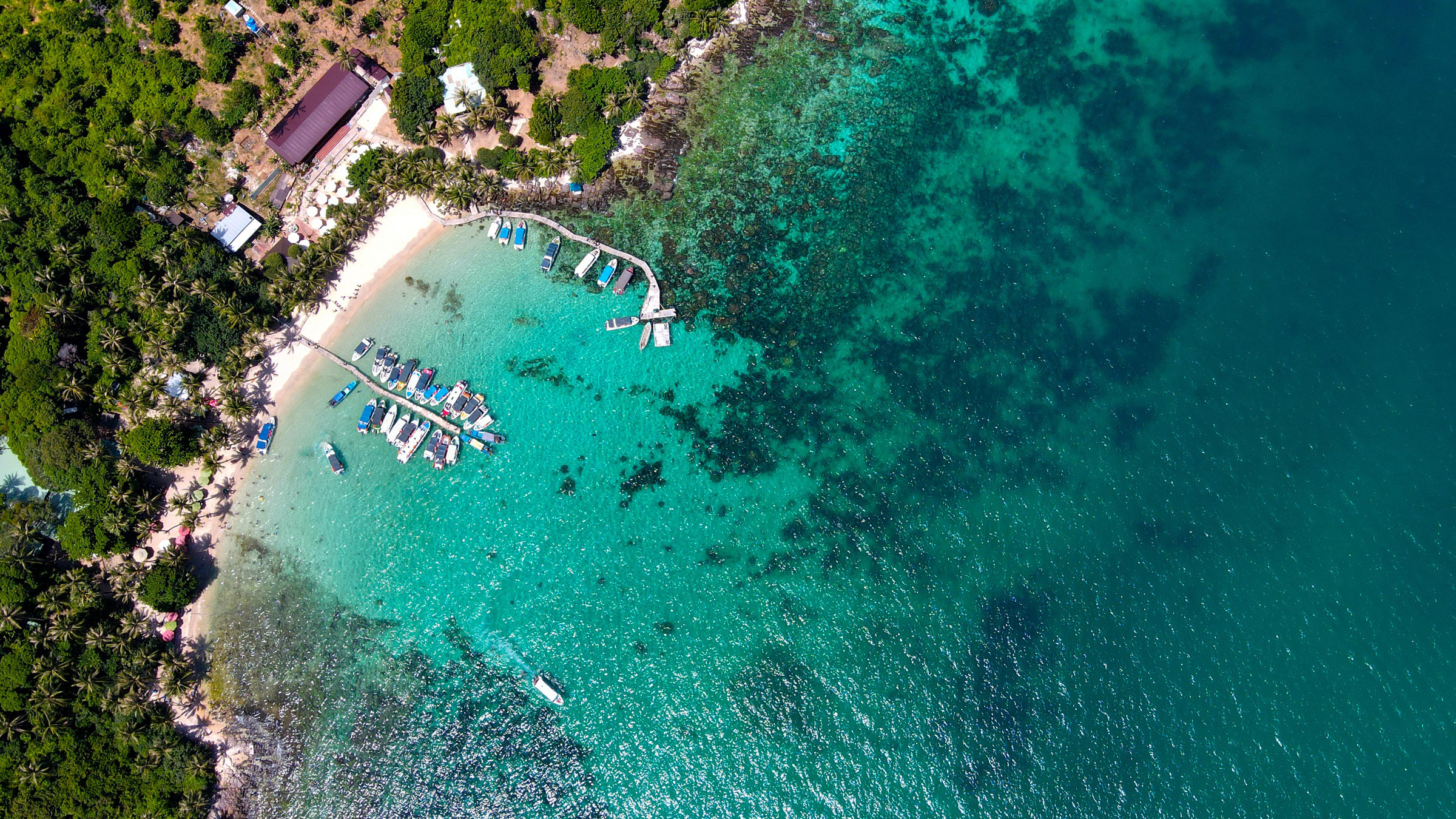 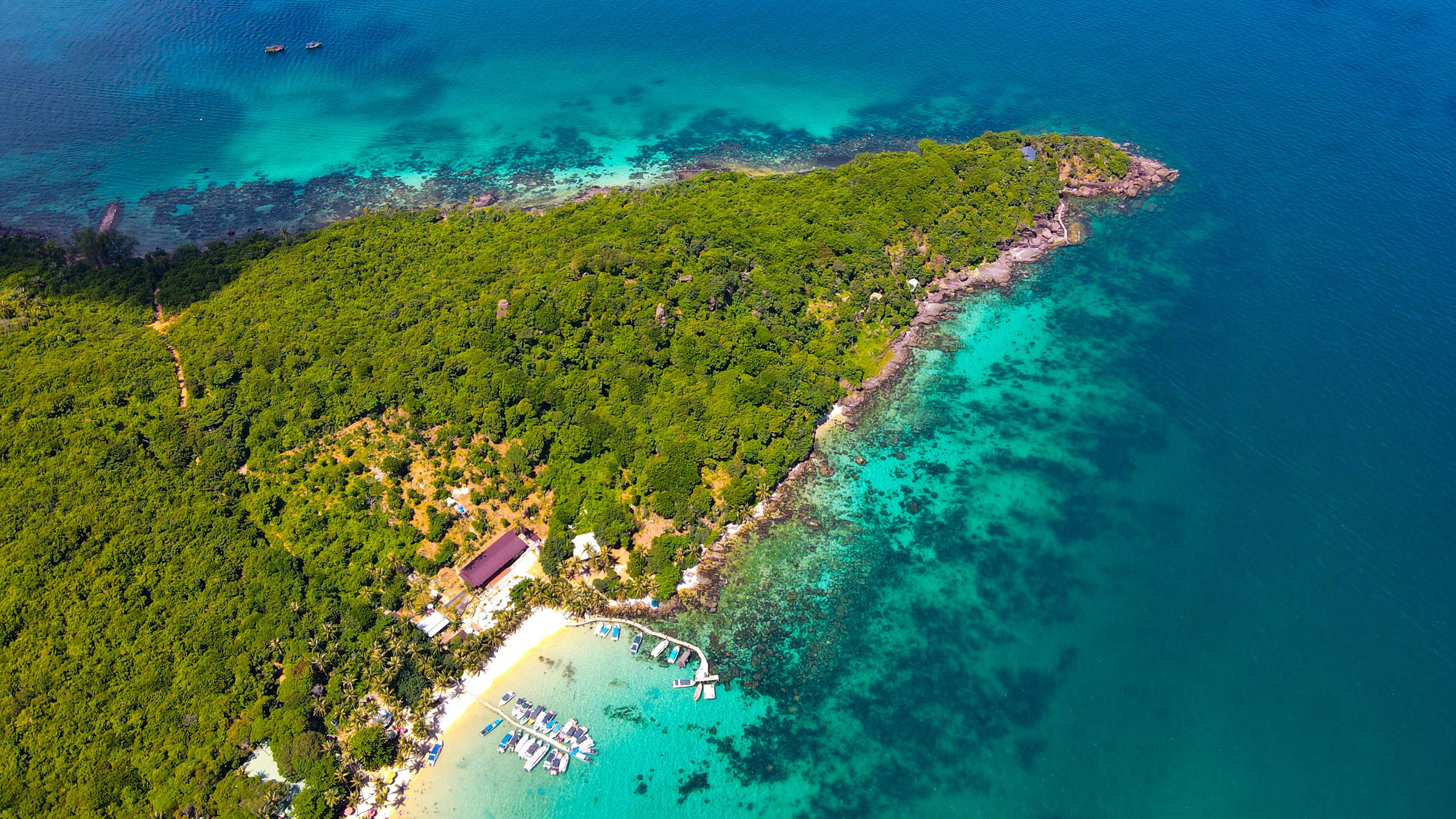 Tourists to the islet can taste the typical and delicious seafood of Phu Quoc. 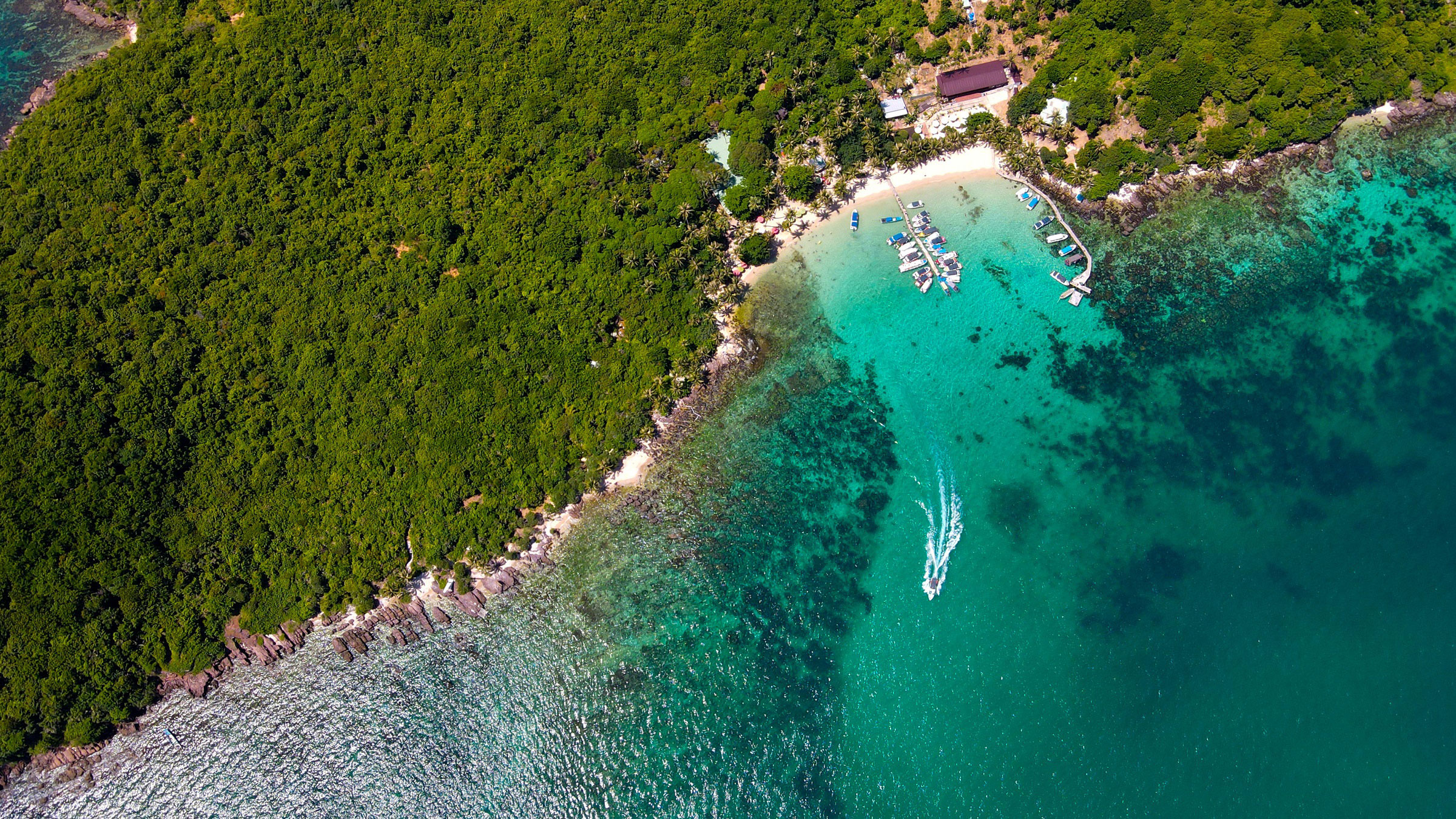 Ganh Dau cape is the best place in Phu Quoc to admire the sunset. 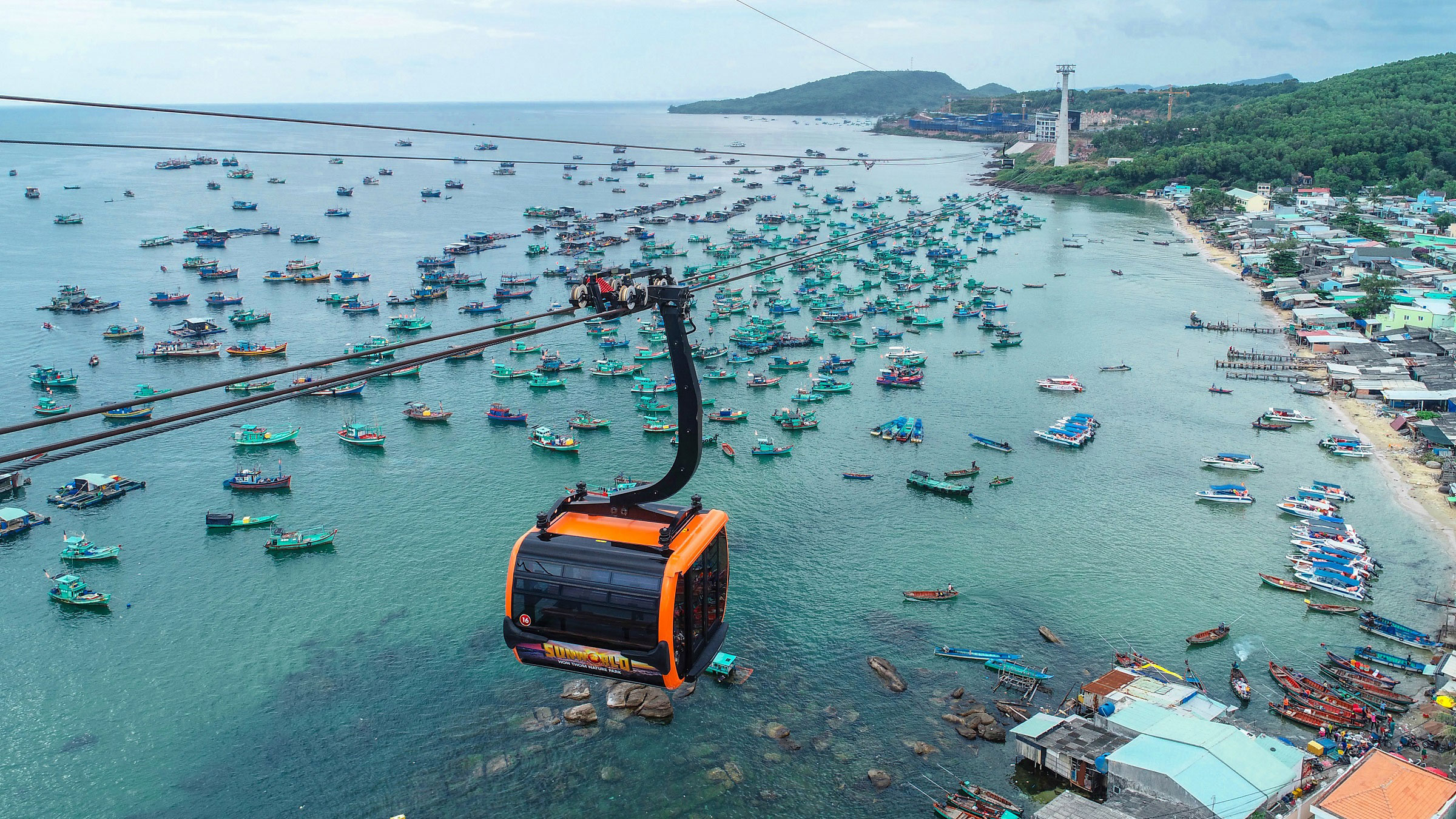 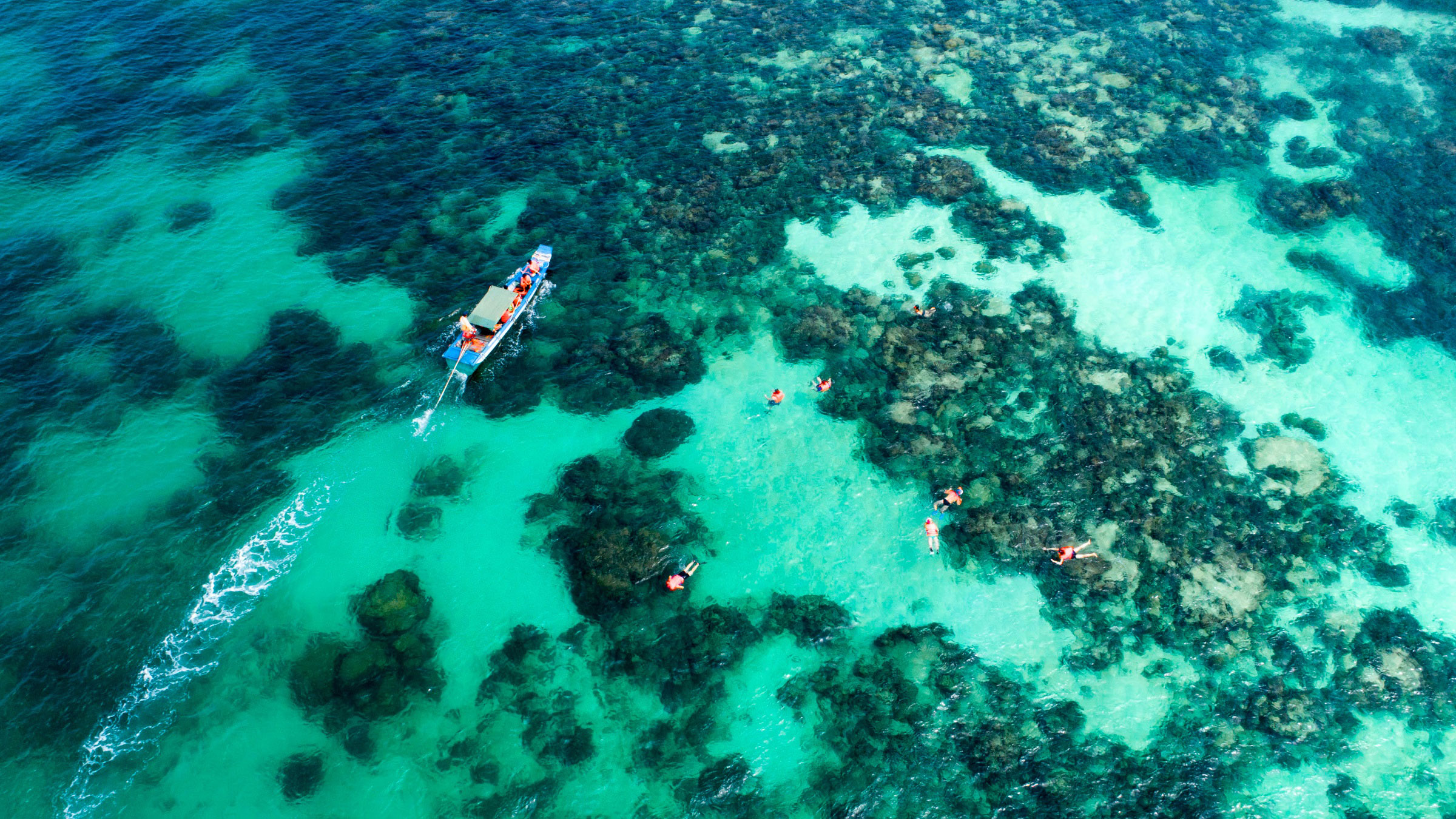 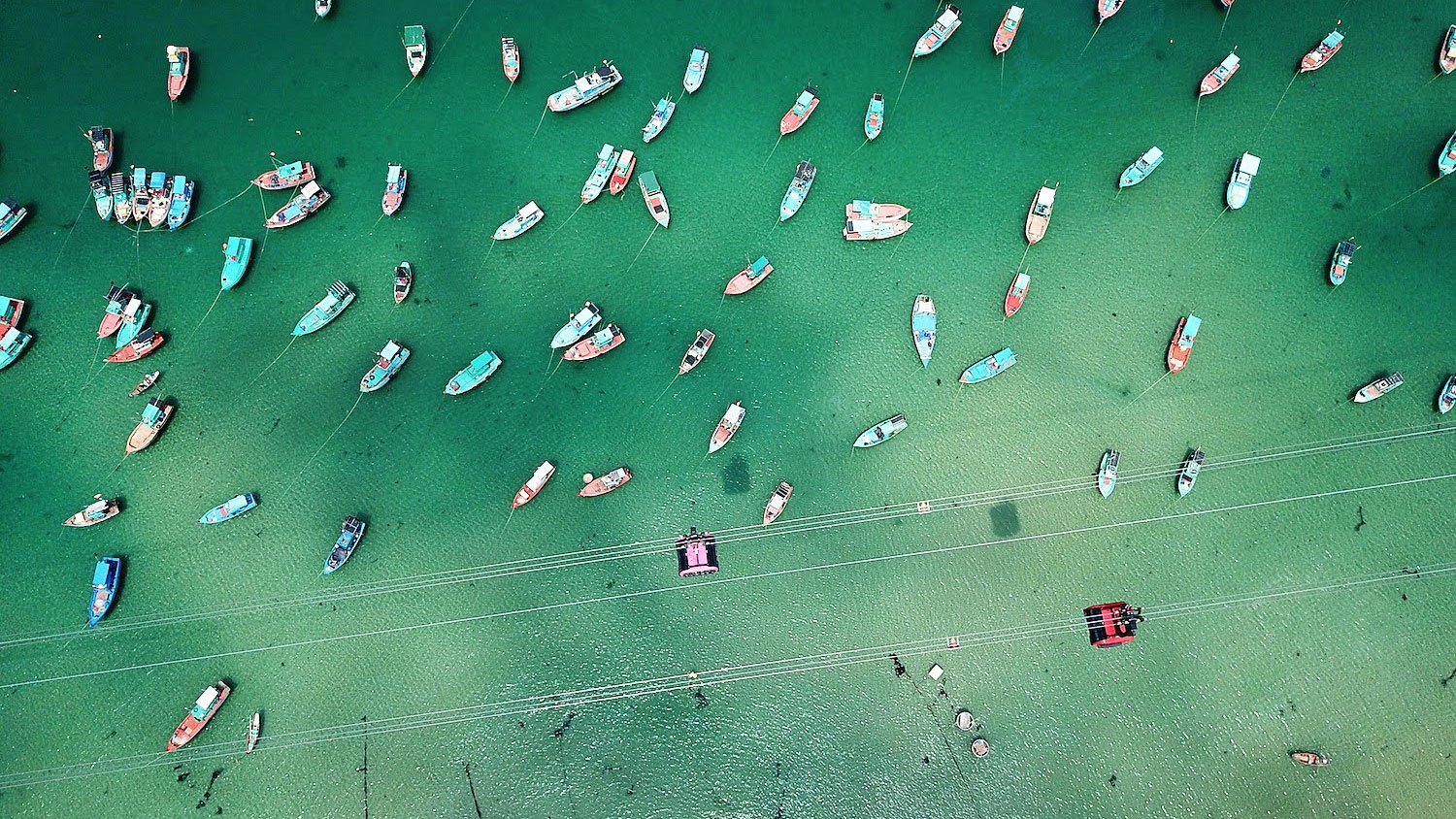 Boats anchor at the port of An Thoi fishing village

Boats heading off to sea 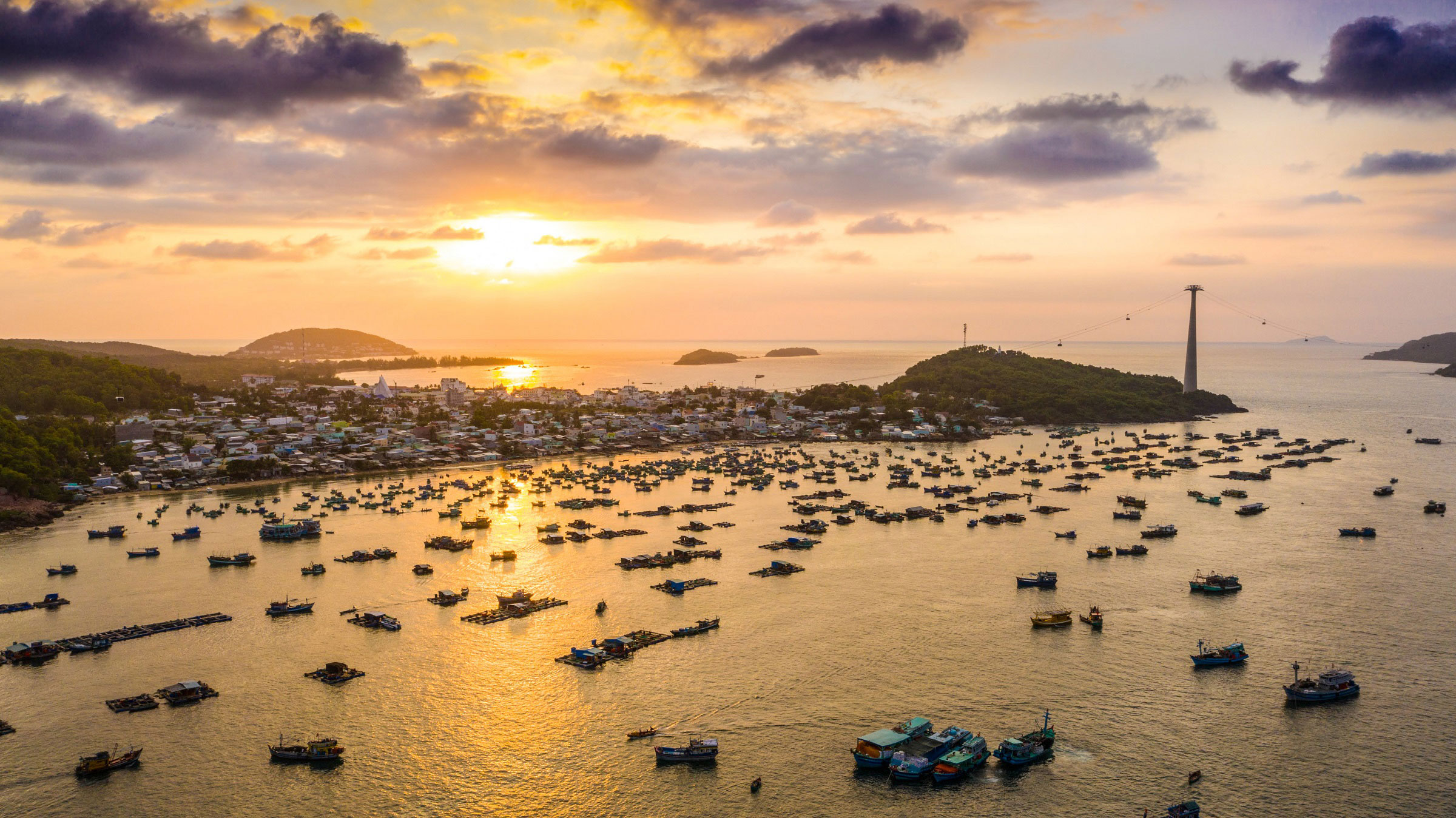 A glorious sunset at An Thoi fishing village 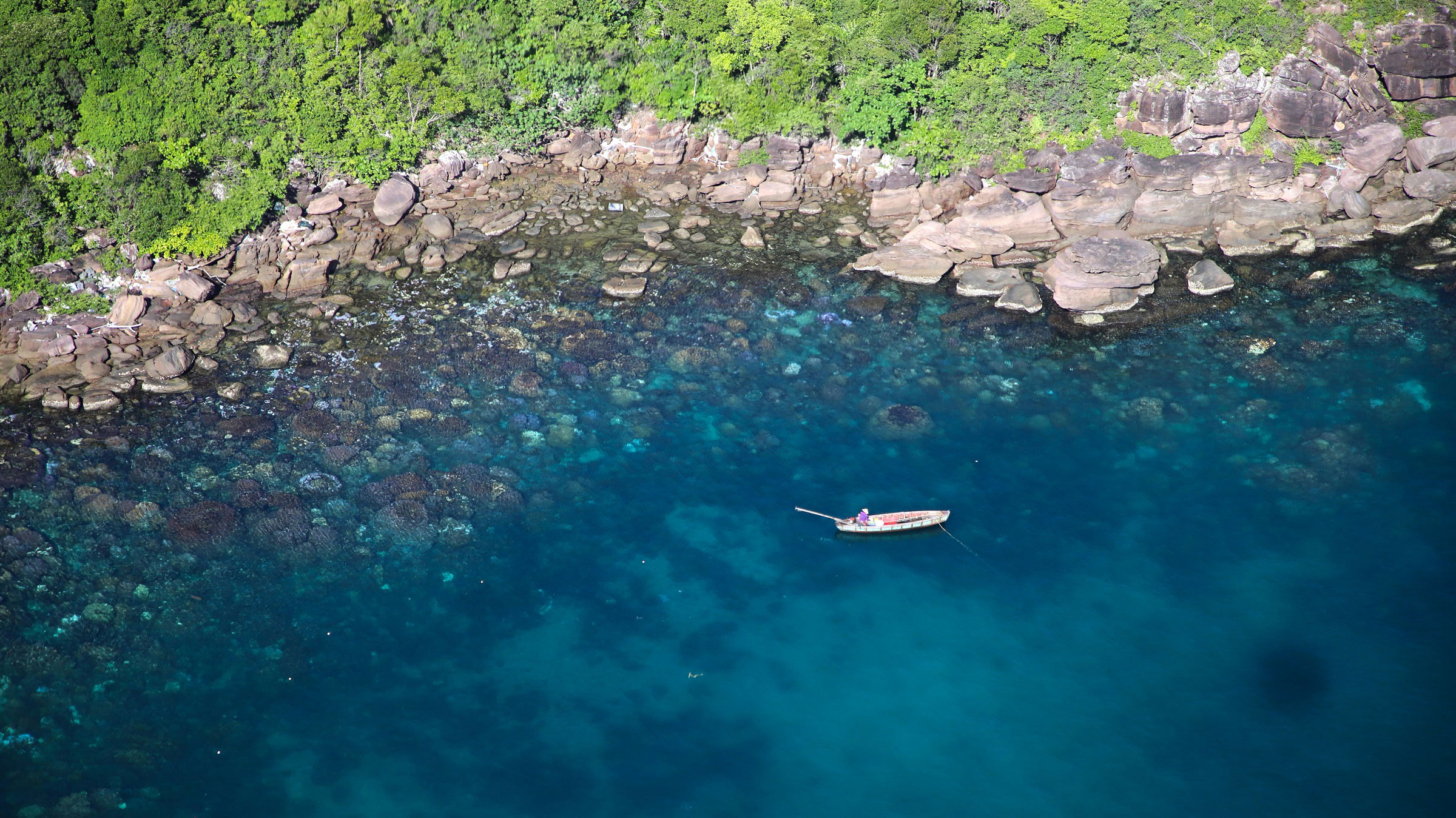 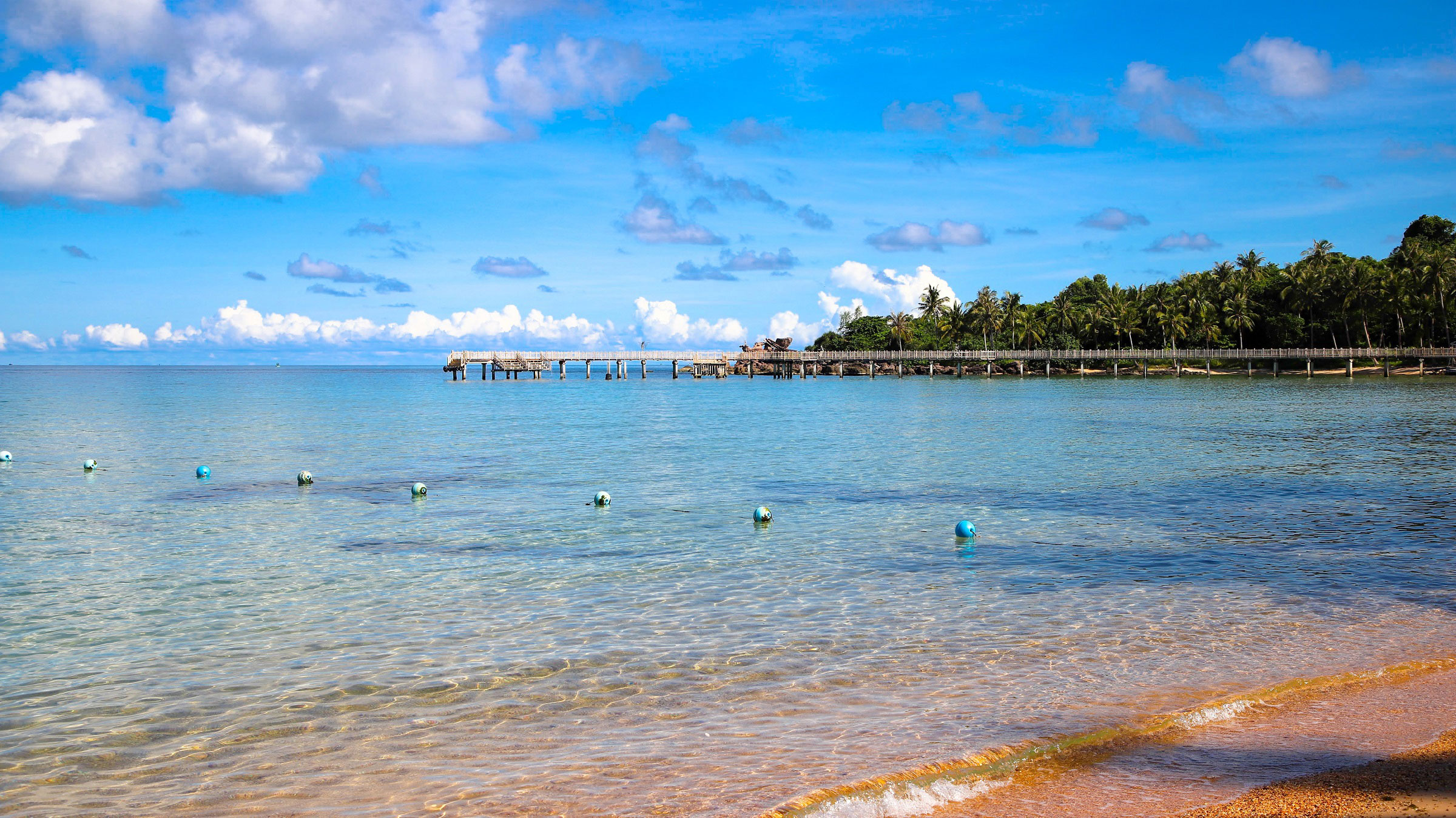 A view of Hon Thom islet. 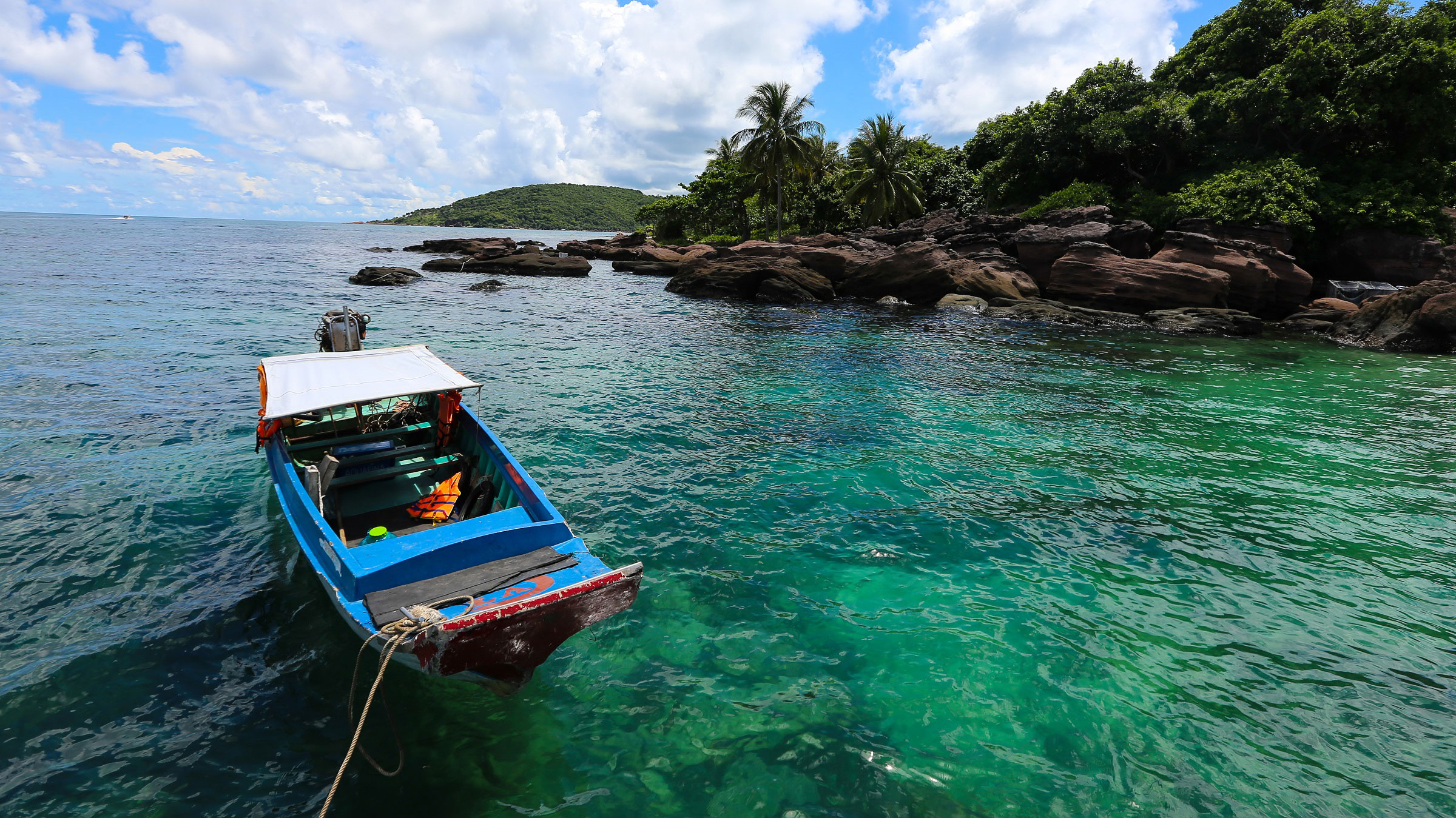 Phu Quoc is praised by foreign magazines and news agencies as a place to visit at least once in a lifetime. 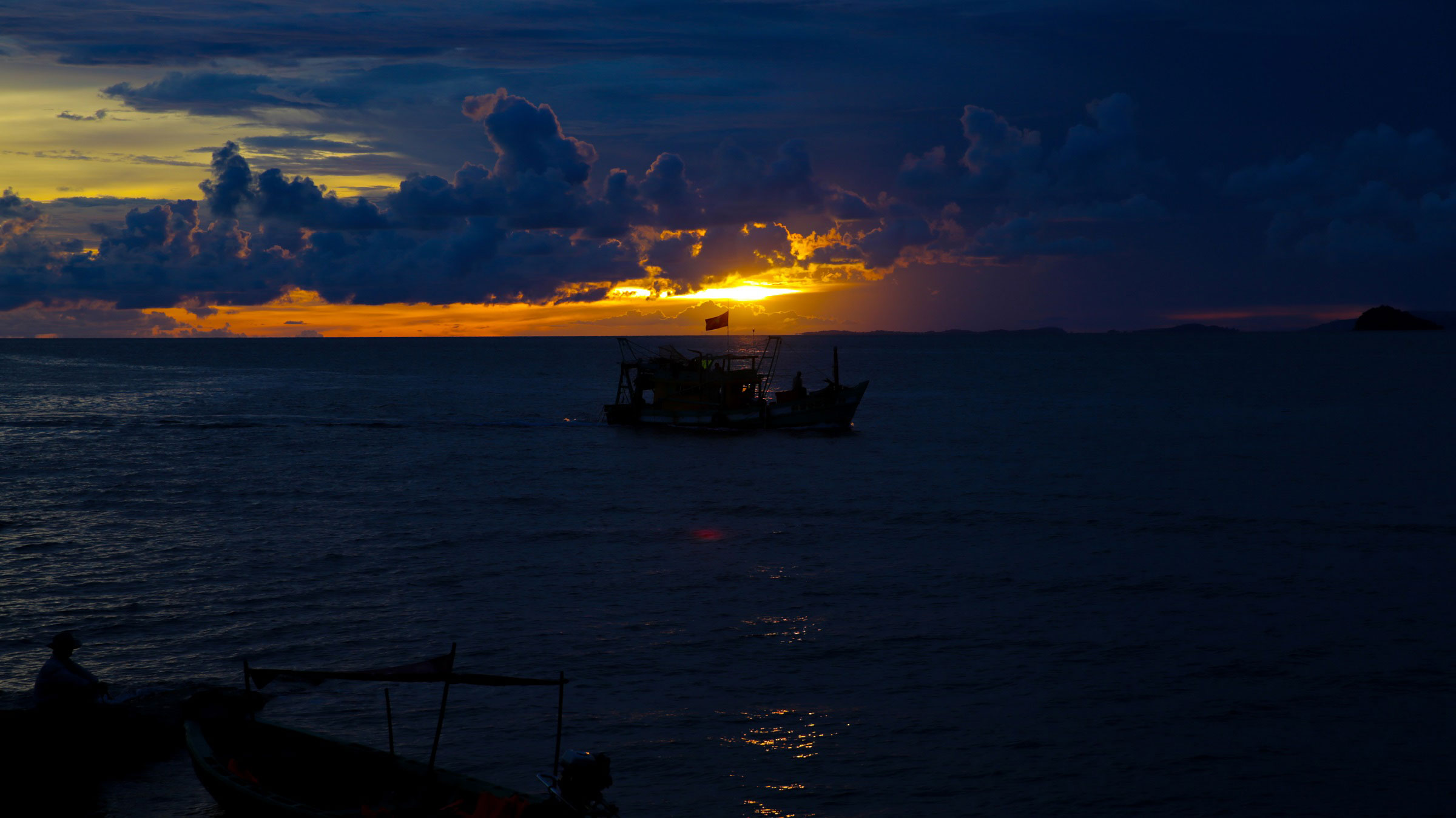 Phu Quoc island, located in the southern province of Kien Giang, has been named among the world’s Top 7 new attractive destinations for the year by Tripadvisor, the world’s largest travel platform.