Supporting industries at a crossroads

The foreign capital inflow into Vietnam will help local enterprises expand their production, but the opportunity can only be grabbed by capable enterprises. 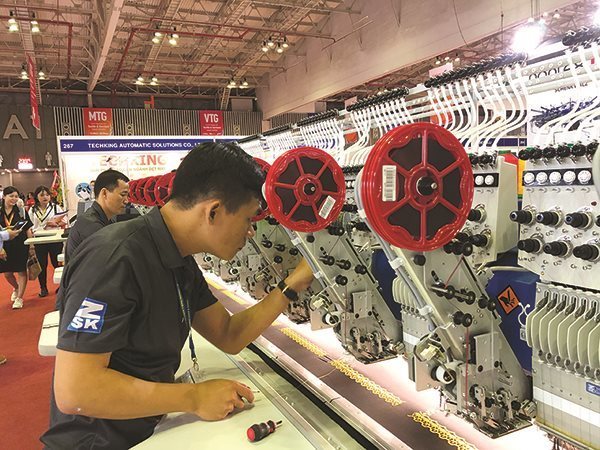 “It previously took six months or one year to reach a cooperation agreement with foreign partners. It now takes one or two months only,” Hung said.

The Japanese government has announced it would use $2.2 billion of the record high economic relief package to help Japanese manufacturers relocate their production out of China.

A survey by Tokyo Shoko Institute showed that 37 percent of 2,600 polled enterprises want to relocate their factories out of China.

Hung of CNC Tech feels that the process of relocating production bases out of China has become clearer than ever since the Japanese government made the announcement.

Not only Japanese but European enterprises are also considering leaving China. South China Morning Post cited a survey by the association of European and German enterprises in China as showing the discouraging business results of the enterprises. Half of them said their profit margin may decrease by 20 percent.

A survey by Deep Knowledge Ventures, a Hong Kong-based investment fund, last April showed that Vietnam is second just to Singapore in Southeast Asia in the list of safe destinations.

According to Deep Knowledge Ventures, investors will feel more secure when pouring capital into safe countries.

“We are continuing to make investment in anticipation of the production relocation movement, though the company is facing difficulties because of Covid-19,” Hung said.

Meanwhile, other enterprises, though seeing great opportunities from the production relocation movement, still dare not make big investment in the context of demand decreases and signs of global recession.

Dang Quang Khoi, CEO of An Lap Plastics, which is the partner of some foreign electronics companies, said he knows the movement, but doesn’t have resources and dare not take risks to expand production in the current conditions.

In 2019, when realizing the capital inflow to Vietnam because of the US-China trade war, Khoi made big investment to increase productivity and improve quality with hope that the revenue would increase by 20 percent in 2020.

However, because of Covid-19, he dreams of obtaining revenue equal to 2019.