The World Wildlife Fund (WWF) has announced the results of a survey on the current situation of plastic waste in Vietnam, a part of the Plastic Smart Cities project implemented with the funding by the Norwegian Agency for Development Cooperation. 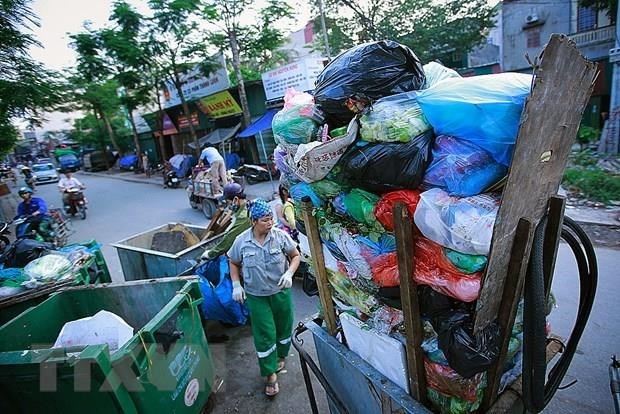 The surveyors examined the awareness, opinions and habits of discharging plastic waste from 400 families, 300 small-scale business households and 300 waste collectors in coastal areas and at canals in Quang Ninh, Kien Giang, Da Nang and HCM City.

Twenty four percent of surveyed families did not know about regulations on waste discharge and environmental protection (such as regulations on disposing of garbage in prescribed places, sorting garbage and cleaning areas periodically).

Experts believe that the community is complaining about the impact of the waste on their daily life, not about environmental sanitation status.

Only 34 percent of families felt uneasy about the current situation of plastic waste and indiscriminate discharge of waste around their places of residence. The figure was lower than business households and waste collectors.

The community's low awareness of waste treatment and the low expectations on green living standards make it difficult to improve the situation.

The surveyors found that more than 40 percent of families discharge 120-150 plastic bags to the environment each month, and 60-120 plastic bottles or foam boxes.

WWF pointed out that the lack of resources and low implementation capacity of relevant parties, as well as the ineffective cooperation among agencies and the lack of an official recycling market, are the major reasons behind the problems in environment management in localities.

Minister of Natural Resources and the Environment Tran Hong Ha, speaking to local press agencies about the challenges his ministry is facing, said that pollution due to cumulative effects from economic development has reached the threshold of environmental endurance.

The volume of solid waste has been increasing by 10-16 percent year after year, while only 20 percent of waste water can be collected and treated.