The authorities in Hanoi blocked a part of the Red River under Long Bien Bridge on June 19 to search for a suspected bomb dating back to the American War. 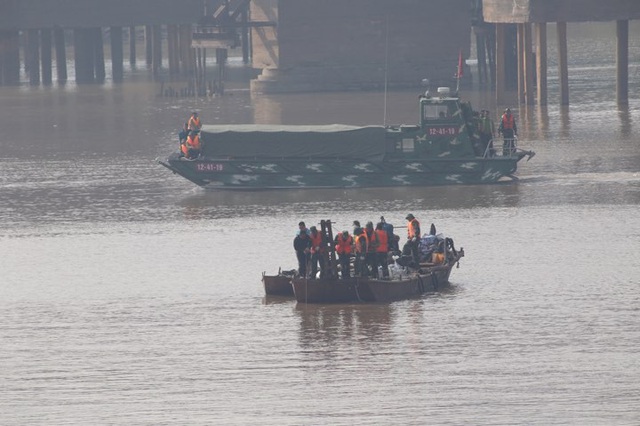 Searching for the bomb

Nguyen Quoc Van, chairman of Ngoc Thuy Ward, said on June 16, a fisherman on the Red River found the suspicious object and notified the authorities. The Northern Inland Waterway Department then inspected the scene.

The Hanoi Capital High Command and the military commands in Ngoc Thuy Ward and Long Bien District also arrived and confirmed that there is an object under the bridge.

"Plans are being made to salvage and deal with the object. Guards have been placed around the area," Van said.

The object is 2 metres deep and 30 metres away from one of two usual route under the bridge. The authorities have blocked the affected path to verify and deal with the object.

In November 2017, a bomb left from the American War was also discovered near Long Bien Bridge. It was over 2 metres long and had a diameter of 0.5 to 0.6 metres. Dtinews