Tablet/laptop hybrids to be dominant in Vietnam in 2015

VietNamNet Bridge – Tablet/laptop hybrids are expected to become more popular in Vietnam in 2015.

VietNamNet Bridge – Tablet/laptop hybrids are expected to become more popular in Vietnam in 2015. 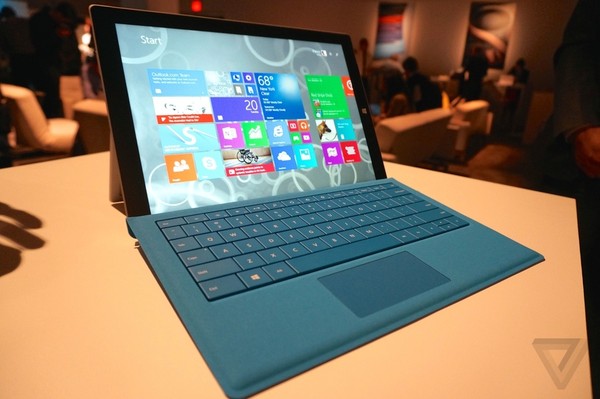 Samsung, Apple and Asus tablets were the bestsellers in 2104 in the country, as reported by mobile phone distributors.

Six out of the 10 Samsung’s tablet models were listed in the top 10 products with highest sales at the FPT Shop, while the other four positions belonged to Apple’s iPad Air, iPad Mini, iPad mini Retina and Asus’s Fonepad 7FE170CG.

Similar statistics have been released recently by GfK, a market survey firm, which said Samsung had the highest tablet sales in Vietnam, followed by Apple and Asus.

The survey firm’s report caused a big surprise, as iPad Air and iPad mini had still sold very well in Vietnam, though they had become less attractive in other markets after the launch of iPhone 6.

As for low-cost products, Asus’s Fonepad 7 FE170CG, though a new product, has attracted many buyers thanks to its reasonable price.

However, analysts believe that a hybrid tablet/laptop which will be the “choice of the future” for Vietnamese.

Many Vietnamese buy tablets because they are in fashion. “Not many people know what they should use the tablets for,” a telecom engineer said.

“For entertainment activities? Smartphones are believed to better serve the people’s entertainment demand,” he explained. “For work? Laptops are surely a better choice for you”.

“And if you need a mobile device with a large screen, phablets or smartphones with large screens will be a perfect choice for you,” he added.

A senior executive of FPT Shop noted that Vietnamese now tend to use hybrid tablet/laptop – a “2-in-1” product – which is portable and flexible. People can use it as both tablet and laptop, depending on their purposes of use.

A representative of The Gioi Di Dong, a large mobile phone distribution chain in Vietnam, said there would be many more tablet/laptop hybrid choices in 2015.

“Time magazine quoted the latest Apple report as showing that tablet sales are decreasing globally. This will also happen in Vietnam,” the telecom engineer said.